For something that can be so essential to succeed in life, college can also be very expensive. My name is Mandy Jurgens and I am writing to you because college is unreasonably expensive.

Today, the average cost for private colleges is $34,405 and $9,410 for state residents going to a public college. For out of state residents attending public universities, it cost them $23,893. College cost way too much for people who have barely been on their feet, fresh out of high school. People will sacrifice as much as they can so that when they graduate they aren’t drowning in debt, but when graduation comes they still have debt. Not all people are rich and can afford going to college.

At approximately $1.3 trillion, student debt has exceeded credit debt and impacts about 43 million Americans, sparking a variety in efforts to aid students struggling to afford college. The Education Department found earlier this year that 43% of roughly 22 million Americans with federal student loans were either behind or had received permissions to postpone payments because of economic hardship. It is hard for college students to get a job and go to college. Not having a job can make it so that they can’t afford their expenses. Some colleges, especially the ones where you go and play sports, don’t let you have a job. You are too tied up with practice, therefore you don’t even have time to have a job.

36% of public four-year university graduates complete their degrees without debt, the average debt among borrowers is $25,500, and less than 2% graduate with more than $60,000 in debt. A bachelor’s degree adds up to $1 million to a worker’s lifetime earnings. Even some college, particularly two-year degree, adds up to a life time earnings. Who wants to be still paying for their college at the age of 50, no one.

It would help many people if you, the future President, would help the people who struggle to make it through college. You can do this by not necessary making it free but making it so that it is affordable for low income families.  Just because people can't afford college doesn't mean they shouldn't be able to further their education. 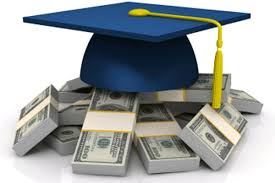 Education Costs college
Published on Oct 23, 2016
Report a problem... When should you flag content? If the user is making personal attacks, using profanity or harassing someone, please flag this content as inappropriate. We encourage different opinions, respectfully presented, as an exercise in free speech.
Coon Rapids-Bayard

In this brief letter, I am just going to talk about how college tuition is skyrocketing and how college is becoming less affordable.

The Constraints of an Intellectual Generation

The high costs of college.

Is College Too Expensive?

Growing concern over the high cost of college tuition.

The government needs to distribute more grants/scholarships for college education.