Hi My name is Terrell Cammon and I currently attend at HSHMC school. I am writing to you because, I think that we need to put a restriction on guns. I say this because a lot of people have died due to gun violence. Innocent people, kids,pets.It is very sad. I chose this topic because I want to lower the death rate of guns. Right now in the U.S. people are arguing if we should ban guns or not. The idea I had in mind was to make guns with non-lethal rounds. I also think that people should keep all of their firearms inside their homes to avoid conflict.

In my opinion, I think the only reason someone should actually have to use their gun is if someone breaks into their house or in a life-threatening situation. In my opinion, I think that the future president should make all guns with non-lethal rounds and let the lethal ammo deplete. While researching I have found some interesting facts about this topic.”82% of the mass gun shootings were legal.” “In fact, in Chicago only 476 homicides have been solved. Only 26%.”That is not good.

In conclusion, I feel as long as guns are still in the world I think that the economy is going to fall apart if we don’t do something about it. If we don’t stop this now it is just going to get worse and worse.This change along with other changes can turn the world around for the better.Thank you for your time. 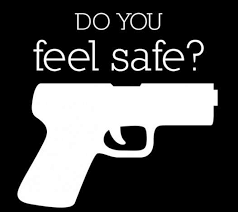 Sankara Ananda letter to the president

In this letter I am here to explain why the president should focus on global warming.

Many personal choices such as Abortion and Same-Sex marriage, have a controversial title, but its up to us to put an end to that.

This is a letter to the next president