The 2nd Ammendment has been a staple of our daily life for over 100 years, the right to bear arms has been associated with our basic rights more and more as time has gone on. But these things need to change. In 1791 when the first 10 amendments were ratified, the situation was much different than it is now. Back then, men had to be prepared for war at every turn. So it was only logical that everyone would have the right to own a gun to protect their family.

Now, the times are different. We have a standing army to protect us, and policemen, and firemen, we have phones to contact help in case of emergency, home security, sturdy houses, laws, and a criminal justice system. All of these things call for a lesser need of guns, and therefore stricter gun laws. America has the losesest gun laws in the world, and also has the highest gun deaths in the world. Americans are 10 times more likely to be killed by a gun than any other developed country, and compared to 22 other high income nations, the gun death rate is 25 times higher in America. While gun related suicide in the US is not the highest in the world, it is 8 times higher than most high income nations. From a statistic gathered on December 23, 2015, 12,942 people were killed by gun that year alone. And finally, Firearm deaths make it on the top 10 list of preventable causes of death in the US, placed in between motor vehicle deaths and sexually transmitted disease. 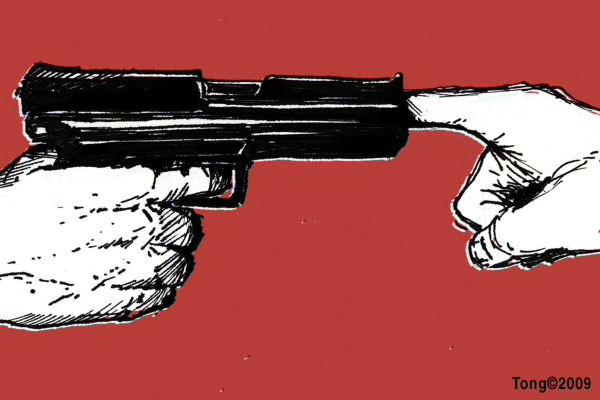 Sandy Hook, Orlando, San Bernardino, Newton, Fort Hood. All of these are places hosted some of the top 10 deadliest mass shootings in The past 3 decades. After each one, media and society has gone into mourning, praying for those lost and their families, and ranting about how things need to be changed. But for some reason we call for change and never act on it. We make a hashtag on social media, try to contact our elected officials, but laws are never changed, and the same horrible things continue to happen. A solution would be easy. Stricter gun control.

People on criminal watchlist, those not mentally stable, children, anyone under the age of 25 should not be able to own, or get access to guns. While it is not necessary to completely repeal the 2nd Amendment, the freedom of guns needs to be restrained to some extent, so one of the most common and deadly weapons in the world do not get into the hands of those who should not have them. All states need to require a license, a mental and physical health screening, and heavy training before allowing people to purchase guns so those who own them know how to properly handle them. Gun free zones also need to stay in place, to avoid the panic and phobia that surrounds seeing guns in public.

Obviously it would be easier to make it illegal to own guns, but given the amount of families who own guns for hunting purposes and are very protective over their weapons, the best solution to this problem would be middle ground I have discussed.

So mr/mrs president, please take these ideas into consideration when you make your choice to make our country a safer place.

gun issues
Published on Nov 4, 2016
Report a problem... When should you flag content? If the user is making personal attacks, using profanity or harassing someone, please flag this content as inappropriate. We encourage different opinions, respectfully presented, as an exercise in free speech.
Nipmuc High School

ISIS is a terrorist group that must be stopped. In this letter we explain the biggest issues with them and what you, as the next president, should ...

We think that the president and the US government should do anything they can to destroy ISIS.

How Gun Control and violence affect the United States and what should be change to insure the safety of the people.

Allowing Personal Weapons in the U.S. is a Bad Decision

Personal weapons in the U.S. should not be allowed.

The Importance of Knowledge

A letter that takes steps to understand the truth behind gun control, and why our nation must understand our freedoms.