Dog fighting is a big issue. It is bigger now than ever because of the internet. The fighters can contact each other and keep up with the dogs’ stats, sell dogs and organize fights. These secretive enterprises can be underground, in abandoned buildings or hidden in plain sight. The government has not given the states enough resources to investigate and combat the fights. Tons of celebrities have involved in dog fighting such as Michael Vick, a former Atlanta Falcons player who is now on the Pittsburgh Steelers. He ran a secret dog fighting enterprise behind his family home in 2007. Many Americans don’t even know about some of these dog fights because they try to keep it out of the media and off our minds since the police departments cannot do much about it because a lot of gangs lead these fights. Well, it certainly is on someone’s mind, and that dogs who are being trained to be aggressive and kill other dogs. This needs to change.

Many Americans think that investigating are a waste of resources such as policemen's time and Americans’ tax dollars. Though it is bad a thing to do some people say the fate of the dog is up to the owner. According to Dogs were bred by humans to support them, and I see that this is a highly inefficient manner using them, but in the end, they are not humans, they cannot ration or think or sustain a society or anything.” All in all, some believe that investigators’ time and our tax dollars could go towards something more meaningful to society than combating dogfighting. With all of this said, the animals have a right to life as well as we do, so I don’t think it is appropriate for the dogs to be forced to fight other dogs. Many of these animals are not born killers. They are raised to be aggressive and hurt everyone. Have you ever seen two dogs ? Well, a dogfight is nothing like it. It is life or death, and most dogs probably want to live just like you and me.

Though it is an illegal act in all fifty states, and police are reluctant to do anything about dogfighting without support because gangs are often the leaders of these fights. It is nearly impossible to catch a fight in progress because they are scheduled and timed by the second. Pet theft is often a felony committed by the dog fighters so they can use little house dogs as bait for the fighting dogs to train with and basically tear apart within 30 seconds. The police need support to fight these people and the nation just hasn’t given it. There are many organizations such as the Humane Society and the both are working towards ending dog fighting.

“While organized dog fighting activity seemed to decline in the 1990s, many law enforcement and animal control officials feel that it has rebounded in recent years, with the Internet making it easier than ever for dog fighters to exchange information about animals and fights.” Quote from the ASPCA.org. The internet has made dog fights flourish all around the world. They can communicate about dogs, sell dogs, place bets for fights, and so forth. There is no area that most dogfighting occurs, and there is no particular race that participates in it. It could be running these awful “sports,” and this needs to stop. America needs help from you, Future President.

Dog fighting is not something that you can just see walking down the street and decide to go watch, it must be sought out thoroughly. Spectators are committing a felony as well just by attending and paying to watch this cruel act. Young children are often present at these events which puts the idea that animal suffering and disrespect for the law is acceptable. Again, I say that there are many Americans who want this to end, but we can’t do anything without the proper support the nation.

Imagine this; you are around eight years old, and your family is packing the car with snacks. You and your five-year-old sister to go to this event as your family does every once in . Your whole family is very excited, and your dad is to place bets. Now you are thinking where are we going? A baseball game? A horse race? Maybe even a football game? No, you are headed an organized, secret dog fight, and your whole family is ecstatic. Dogfighting is a lot more common than most people think. Young children are often present which promotes the wrong ideas in their heads. Dog fighting is so secretly hidden it’s like a world of its own. It is a terrible act and is ending animals’ lives just for pure entertainment. We need support to stop this cruel “sport,” and the only one who can help us with that is you, Future President.

“While organized dog fighting activity seemed to decline in the 1990s, many law enforcement and animal control officials feel that it has rebounded in recent years, with the Internet making it easier than ever for dog fighters to exchange information about animals and fights.”

“Dogs were bred by humans to support them and I see that this is an extremely inefficient manner at using them but in the end they are not humans, they cannot ration or think or sustain a society or anything.”

By thinking, it gets the right view of things; by neglecting to think, it fails to do this.'. “Is Dogfighting Wrong? Or Is It a Sport?” The Premier Online Debate Website, conservative12, http://www.debate.org/opinions/is-dogfighting-wrong-or-is-it-a-sport.

@Sewstacie. “These Were Michael Vick's Fighting Dogs. Where They Are Now Is Beautiful.” BarkPost, 26 Aug. 2015, http://barkpost.com/vicktory-dogs/.

By the 1930's and 1940's, the blood sport had been driven further underground as high profile organizations such as the United Kennel Club withdrew their endorsement. Although dogfighting was outlawed in all the states by 1976, it did not begin to receive, Hanna Gibson. “Full Title Name: Detailed Discussion of Dog Fighting.” Detailed Discussion of Dog Fighting, Michigan State University College of Law, 2005, https://www.animallaw.info/article/detailed-discussion-dog-fighting. 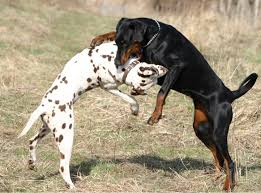 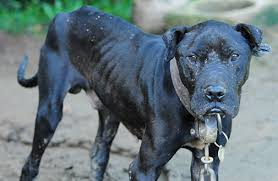 abuse animal abuse
Published on Oct 5, 2016
Report a problem... When should you flag content? If the user is making personal attacks, using profanity or harassing someone, please flag this content as inappropriate. We encourage different opinions, respectfully presented, as an exercise in free speech.
Weddington Middle

My letter is about people over emphasizing animal cruelty.

Who Really Gets the Short End of the Stick!!!

What is right and what is wrong for a family pet/member. You have the power to control both.