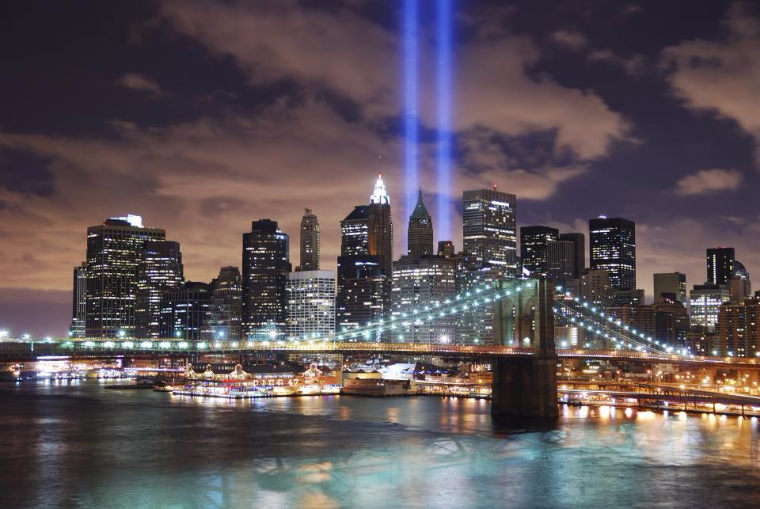 Terrorism is actively spreading around the world, killing thousands of innocent people every year. The Middle East has been posing threats all around the world, but especially in the United States. To many, Terrorism doesn’t seem like that big of a deal, for the fact of, it usually doesn’t affect them personally. Terrorism is becoming more and more widespread, and more common in places where people are least expecting. Terrorists are doing this to become more dominant and their trying to weaken the stronger countries like America and countries in Europe. The United States is known to be the strongest nation in the world. Although this may seem great in some cases, it makes America a bigger target to other countries. With that said, over the past couple of years, there has been threats of terrorist attacks on holidays like Christmas, New Years Eve, 911, etc. People shouldn’t have to be afraid on our nation's biggest holidays/events. Innocent people don’t deserve to die. It’s not fair to any of us. So, that's why we need to take down terrorism.

Middle Eastern countries like Syria and Iraq, are killing Americans that are entering their country, killing Christians for having their own beliefs, and taking over countries like Israel. After 911, everyone's life was put on hold. It was a horrible shock to everyone, killing 2,996 people. America was heartbroken as a nation, and this was the largest terror attack in United States history. The Ambassador of Libya, J. Christopher Stevens, was killed on September 11, 2012. At the time, he was serving as the Ambassador of the United States to Libya. He also had a longstanding career of a lawyer and American diplomat. He was killed in Benghazi on the 11th anniversary of 911. This is what's going to happen to America if we’re not more careful. Middle Eastern people are also decapitating Americans and posting it on the internet like they find joy in hurting people, which they do. For all we know, these insane people could show up in America doing this to people on the streets. We have to keep the people of America safe. Even though we haven’t had another huge terrorist attack like 911, there have been multiple smaller attacks such as the Boston Bombing and the Gay Nightclub Shooting.We can’t let them work their way up. We need to stop them before it’s too late. A lot of people don’t think it’s that big of deal, but innocent people are still being killed.

Terrorism is feared by the majority of the world. Some people aren’t feared by it, because it doesn’t involve them or affect them personally: However, there is still a good number of people who fear that terrorists could be anywhere. New Years Eve 2015, there were threats of terrorism in Times Square. This led to a major increase in security that night. There’s a reason that there wasn’t a terrorist attacks that night. It was because they knew they wouldn’t get away with it. America needs major security everywhere. We need to make terrorists scared of us, not us scared of them. Terrorists are going to aim attacks on major events and/or holidays. In 2015, people were afraid of possible threats on Christmas. It was proved that there weren’t any Islamic inspired attacks planned. It’s obvious that more extreme islamists are entering America and more and more Islamist organizations are being discovered in the United States.

Some people believe that terrorism isn’t becoming more common. They think that it hasn’t gotten any more common and people are just worrying for no reason. They think that our military has it all under control and we have nothing to worry about. The problem with that is that we aren’t doing much about it and this is giving terrorists more time to plan attacks. America needs to stop them and eliminate terrorism forever. Terrorists are working their way up and trying to aim for popular places where people aren’t expecting. They’re trying to attack countries that are known to be the strongest especially America. More and more smaller terror attacks, to try to become more dominant and try to make the stronger countries weak. They also are aiming to scare people in well known landmarks.

There are many ways that we can eliminate terrorism in the United States and other countries, but some of the more obvious ways are putting more American troops in the Islamic States. America could put more troops on Islamic soil like Libya, Iraq, and Syria. Troops would be able to stop the terrorists before they have a chance to attack and kill any innocent people. If America and any other countries that are fighting against countries like Libya, Syria, and Iraq kills the major Lieutenants then it will make them much weaker. America could also put major security in well known areas and airports. Having major security in major landmarks like Times Square, Empire State Building, and basically everywhere could help eliminate terrorism. If we have major security checks in airports we can stop terrorists from entering the United States.

Why does it seem like terrorism is getting worse and worse, but we are doing less and less about it? All around the world, there are more and more terrorist attacks killing hundreds of people. If we supposedly have the strongest military in the world, then why aren’t we fighting back? Americans, Europeans and many more innocent people are dying everyday because of terrorists, particularly Extreme Muslims. We can’t let anymore innocent people die from sick, evil terrorists. We have to stop terrorism, and prove we are the strongest country in the world.

terrorism
Published on Oct 23, 2016
Report a problem... When should you flag content? If the user is making personal attacks, using profanity or harassing someone, please flag this content as inappropriate. We encourage different opinions, respectfully presented, as an exercise in free speech.
Orange High School

The next president in office must destroy the Terrorist in the Middle East before they destroy us.

My opinions on what Mr. Trump should tweak about his policies.