I’m writing to address the issue of legalizing medical marijuana in the United States. In America, cannabis users do not go on rampages through the city, in fact crimes in Colorado have actually decreased since they legalized marijuana. In 2012 there was 658,000 arrests for the possession of marijuana but none of the arrests were violent. The arrests were simply low-level offenses. There’s even a chance that crimes will go down if marijuana’s made legal. According to procon.org it states in all 25 out of the 50 states that have legalized marijuana for medical purposes, there crime rates has went down by at least by 5%.

Another reason marijuana should be legalized is that it has positive effects on the body. It makes your body feel good when you have pains. It`s like a painkiller that you can`t overdose off of.THC increases appetite and reduces nausea. The FDA-approved THC-based medications are used for these purposes. THC may also decrease pain, inflammation (swelling and redness), and muscle control problems.CBD is a cannabinoid that does not affect the mind or behavior. It may be useful in reducing pain and inflammation, controlling epileptic seizures, and possibly even treating mental illness and addictions.

For instance, recent animal studies have shown that marijuana extracts may help kill certain cancer cells and reduce the size of others.Research in mice showed that treatment with purified extracts of THC and CBD, when used with radiation, increased the cancer-killing effects of the radiation (Scott, 2014).Marijuana slows down the growth of cancer cells and its weakens the cause of hiv/aids. 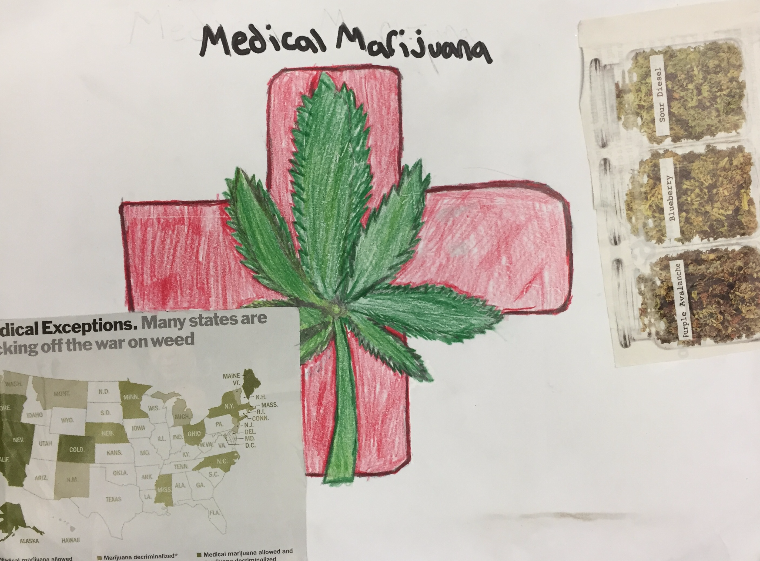 marijuana legalization
Published on Oct 9, 2016
Report a problem... When should you flag content? If the user is making personal attacks, using profanity or harassing someone, please flag this content as inappropriate. We encourage different opinions, respectfully presented, as an exercise in free speech.
Bernal Intermediate

Marijuana should be legalized in every state because it could help many people in so many different ways. It is already legal in several states but...

In order to make America a better place, we can start with not legalizing the use of marijuana.

Marijuana should be legalized nationwide

Marijuana is the most used illegal drug in America, so I have come up with a few solutions as to how you can make it legal, but also have more cont...