I’m writing because I’m concerned about the dismissal of rapists upon arrest. 3% of all rapists get arrested. As for the other 97%, they receive no consequences and don’t even have to spend a day in prison. The reason so many people get away with this crime is that instead of blaming those who kidnap and abuse, the victims are called on for dressing too scandalously and showing too much skin. I urge you to pass the law and to be less lenient with those who rape. When you let them roam our communities, you’re welcoming them to do whatever they please, and more people will be harmed and sexually assaulted.

The problem here is caused by the ones who sexually abuse, not what the victim is wearing. Rape culture could possibly be traced back all the way to junior high. An article written by The Daily Dot stated, “What did she do to provoke or entice the rapist?” Such mentality even trickles down to high school and middle school, where dress codes for girls are hot-button issues, essentially arguing that the girls are “tempting” or “distracting” their male peers by showing any skin.” Teachers and school staff members who disrupt class to tell a girl what they’re wearing is “distracting” and “inappropriate” are too busy worrying their physical appearance and aren't focusing on how everyone should be concentrating on their education. At my school the dress code is reasonable but I know plenty of people who have been sent home or to the office to change for the most ridiculous reasons. Some of my friends at other schools have even been dress coded for showing their shoulders or collarbone. How is that fair?

Something I really can’t stand is when I hear people who have been sexually harassed tell stories of their experience, and in response peers say ridiculous things like “she asked for it,” “what were you wearing,” or “boys will be boys.” The article written by Bustle says, “Still, the contributions of societal misogyny, stereotypes about male and female sexuality (“he can’t help it” and “she asked for it”), and misconceptions about rape (“if she didn’t say ‘no,’ it’s her fault”) to victim-blaming should not be minimized. In fact, these problems contribute to rape itself — and addressing them would be more effective than worrying about what women are wearing.” Everyone can control themselves and has to have morals and respect for others. We should all stop telling females to avoid revealing clothes, alcohol, and acting like “sluts,” and instead teach that no one has the right to rape or harass no matter what the situation. Rapists are the cause of rape, not what women wear. If there was a person on the street that had a shirt with “shoot me” on it, anyone with the right mind wouldn’t. The murderer wouldn’t get away with it because of what the victim was wearing, so why are we letting it happen with rape?

Many women who have been raped, sexually abused, or harassed, end up being shamed and shunned for the tragedy they experienced, even if it wasn’t their fault. The Women Under Siege Project displays the writings of victims and their experience. One story stood out to me because it was very unfair to her. “I was raped at a party after being drugged…When I had the courage to tell what happened I was blamed by everyone. I had to do a lot of tests, including HIV and no one supported me. My family and friends abandoned me saying it was all my fault because I acted like a whore.” What everybody needs to know is that consent is essential. If she says “no”, it means no. And if she’s drunk at a party, club, or bar, there’s no way she can give permission, which therefore gives no one the right to take advantage of the situation.

In conclusion, please put new laws in place to strengthen rape arrests, so all of our cities are one step closer to safety. I’m not just speaking for myself, I’m speaking for all those who feel that this issue is unjust. I speak those who are oppressed, for the victims, the ones concerned, and everyone who cares. Thank you for your time. Please consider my letter and act now. 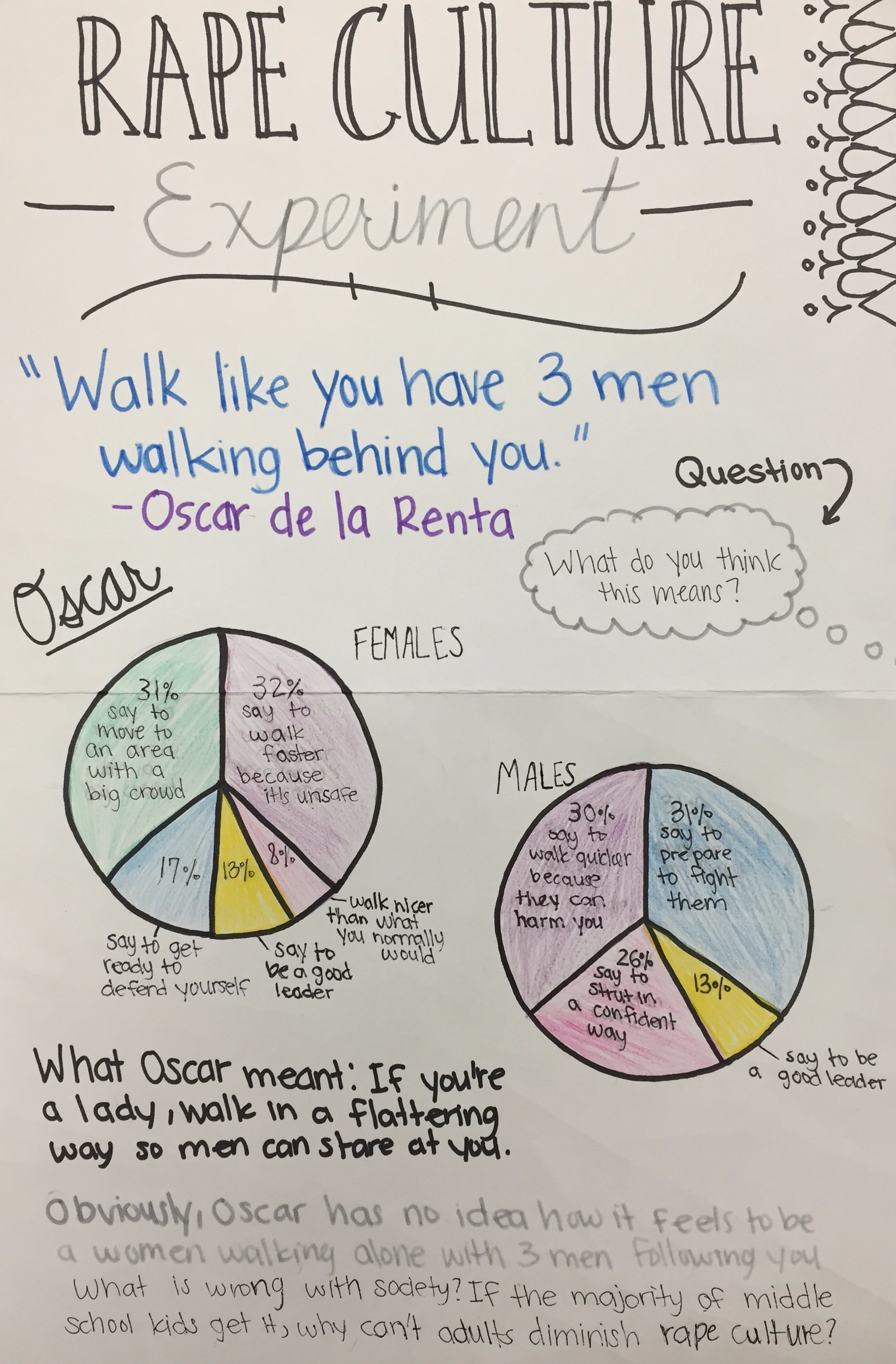 rape sexual assault sexual harrasment sexual violence
Published on Oct 9, 2016
Report a problem... When should you flag content? If the user is making personal attacks, using profanity or harassing someone, please flag this content as inappropriate. We encourage different opinions, respectfully presented, as an exercise in free speech.
Bernal Intermediate

We have developed a fear of police officers with their way of protecting us, which seems to be to shoot first and ask questions later.

College tuition fees are too high for the ordinary American student, in turn causing students to not have the ability to attend college.

Sexual Assault is Not Limited to One Person

Sexual assault can happen to various people, who where there at the wrong time and wrong place. There are indeed laws that cover this, but because ...

"What I thought she wanted it"

College rape is one of the biggest epidemics in sexual violence right now. There needs to be more justice for the victims. Victims are terrified to...