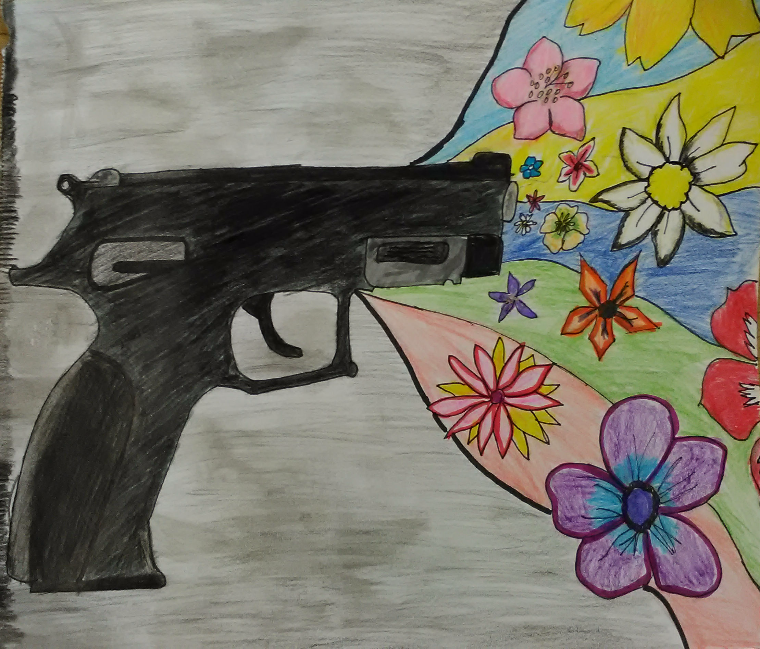 I’m writing to address the issue of gun violence in America. According to smartgunlaws.org, “In 2010, guns took the lives of 31,076 Americans in homicides, suicides and unintentional shootings. This is the equivalent of more than 85 deaths each day and more than three deaths each hour.” Also, according to procon.org, between 1999 and 2013, there were 270,237 firearm suicides. I find these numbers disturbing, and I believe we should take action to reduce these staggering numbers. I urge you to conduct more background checks and fix loopholes in gun laws.

Although background checks are already being conducted, there are still many records that are not available while conducting this searches. Federal law prohibits people with mental illness to purchase a gun, but according to smartgunlaws.org, “...many states do not collect information about persons who fit these criteria or provide law enforcement access to this information.” These records should be available to gun dealers and law enforcement so they can keep check of the people they are selling a weapon to, and identify a person that isn’t supposed to have one.

In 1998, the Brady Act established the National Instant Criminal Background Check System, and it required federally licensed firearm dealers to perform background checks to verify the sale was lawful. This act, however, does not demand private sellers to conduct background checks. KQED News mentions “...federal law does not require those checks at gun shows and other private sales – including guns bought online- where as many as 40 percent of gun purchases reportedly occur.” This loophole makes it easier for individuals with malicious intentions to purchase a gun. If I were you, I would close this loophole as soon as possible.

In conclusion, I believe you should look into this matter immediately. All gun sales should require extensive background checks, no matter if it's a federally licensed or private gun seller. I am not proposing to ban all guns, but if we improve the background check system and fix vague gun laws, we could be able to save lives. I encourage you to take action before the next big tragedy happens.

criminal justice system gun issues laws
Published on Oct 10, 2016
Report a problem... When should you flag content? If the user is making personal attacks, using profanity or harassing someone, please flag this content as inappropriate. We encourage different opinions, respectfully presented, as an exercise in free speech.
Bernal Intermediate

This is a short movie about an immigrant's view on violence in this country.

There should be a limit to how much immigrants are admitted in the U.S. each year.

Americans are worried about the government trying to take away our guns. Many believe that guns should be taken away, and some think otherwise....

This letter discusses the dangers and potential solutions for the increasing amount of gun violence in the United States.

Our 2nd Amendment Right Should Not be Taken From Us

Our gun rights are being taken from us and its not fair. No one would take any of our other rights from us so why would they take our gun rights. W...