I’m writing to address the issue of anti-abortion. Anti-abortion is a problem in America because the “pro-life” argument is not a valid argument. The pro-life movement would force thousands of children/ families into poverty or into an adoption center for what could be their whole childhood. Because, if a woman or her family can’t afford or take care of a child, and they don’t have enough money for it, they could and most likely be forced into poverty. This issue needs your attention because we need help in prohibiting pro-life laws.

Fetuses and/or babies under 9 months are not alive. Something is not alive until it can survive on its own, and without the mother to help it thrive. “ The majority opinion in Roe v. Wade states that "the word 'person,' as used in the Fourteenth Amendment [of the US Constitution], does not include the unborn.” This evidence from http://abortion.procon.org/ provides information saying how the word “person” meaning someone alive, does not include the unborn. So, from this, we cannot call abortion murder if the fetus being “killed” is not a person.

In conclusion, myself and many other people already know abortion is not murder, if the baby being aborted is still thriving and living in the mother. Abortion majorly affects a woman’s health, and should be her decision to judge whether she will have the baby or not. If anti-abortion laws are enacted, many kids will go up for adoption, and many families will go into poverty, or end up homeless. Especially in more expensive places like the bay area. Homes are very expensive as is, even without being forced to have a baby you can’t care for.

By 1976, after Roe v. Wade Had Legalized Abortion Nationwide, This Number Dropped to Two. [7] The World Health Organization Estimated in 2004 That Unsafe Abortions Cause 68,000 Maternal Deaths Worldwide Each Year, Many of Those in Developing Countries Whe. "Abortion ProCon.org." ProConorg Headlines. N.p., n.d. Web. 06 Oct. 2016. 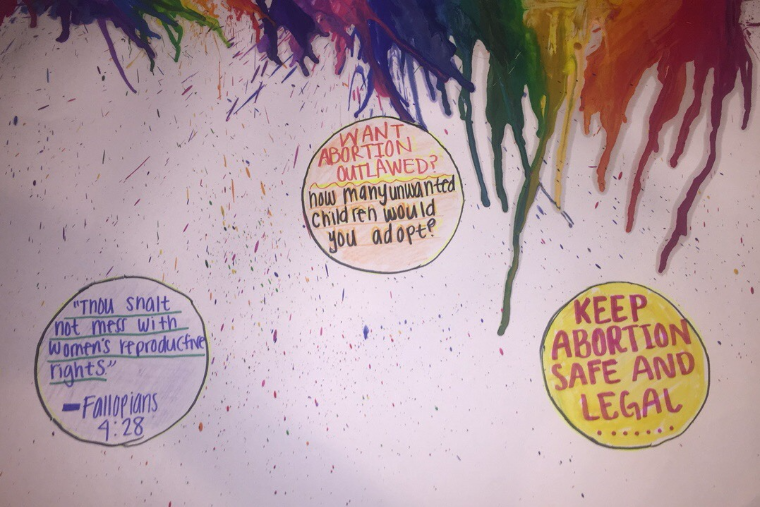 abortion safety
Published on Oct 13, 2016
Report a problem... When should you flag content? If the user is making personal attacks, using profanity or harassing someone, please flag this content as inappropriate. We encourage different opinions, respectfully presented, as an exercise in free speech.
Bernal Intermediate

Racism is probably something that will never end, but it can be stopped.

UC acceptance rates have declined steadily for Californians and federal regulations are needed.

Animal cruelty is wrong because you are hurting a life, and why would anyone want to hurt a life?