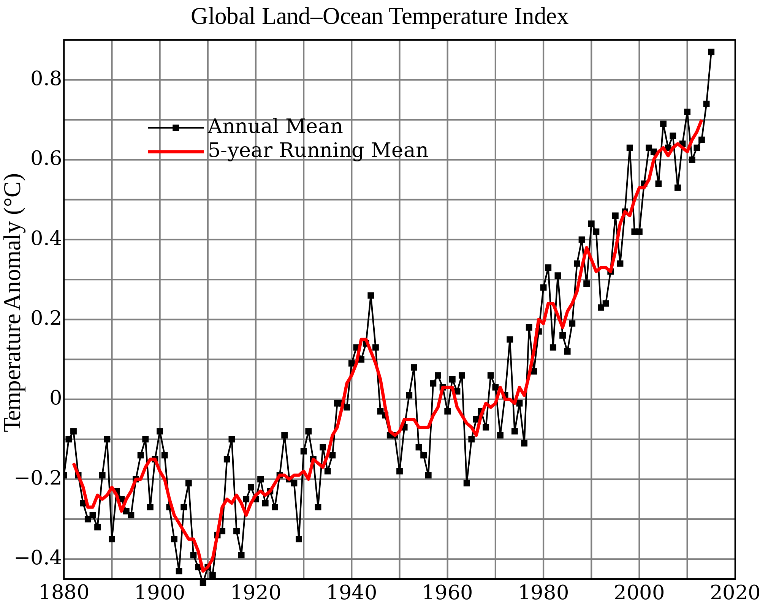 It has come to my attention that there is a lack of concern for a major issue which is affecting the United States of America and even the extent of the world. The temperature is a clear issue that the world faces and global warming is something no environmental scientist will deny. However, there are people who dumfoundedly believe that it is not happening and it is just a hoax made up to improve the economy of certain countries through funding. Yet, there are a multitude of issues that are being caused which are longer wildfire seasons, increase the sea level, and causes more destructive hurricanes. The longer wildfire seasons are caused by global warming through two major reasons, hotter temperature and drier seasons. The hotter temperatures are one of the main effects of global warming, it happens due to greenhouse gasses trapping in the suns radiation in the Earth's atmosphere. These hotter temperatures then cause the water to evaporate more in certain climates and reduce the amount of rain to come down, leading to drier climates. This makes it easier for fires to start and then last longer. This causes more destruction of forests and houses, leading global warming to an issue America needs to tackle head on.

Another issue that occurs due to global warming isn't the melting of ice caps in the poles of the Earth. Unfortunately, some may argue that this is not an issue that we need to face a source a country because the ice caps are not melting near us. However, the fact of the matter is that the melting increases the amount of water in the oceans. This is a major issue due to the water levels rising which is slowly decreasing the amount of land available for use. Furthermore, it is causing dangers for major coastal cities that they will soon be flooded and become uninhabitable. The increase in water levels also causes a concern for weather. This is due to the amount of floods increasing slowly and the amount of damage done by these floods increasing significantly. Due to the major environmental impacts that ice caps melting cause, there needs to be action taken against global warming.

In addition to these prior two issues, another major issue being caused by global warming is an increase in the amount of hurricanes occurring as well as the destructive force. The amount of hurricanes occurring and the damage done directly correlates to the ice caps melting. This isn't due to both of the prior issues contributing to the power of hurricanes. The ice cap melting, as previously discussed, causes ocean waters to rise, this causes more powerful because there is more water for the hurricanes to travel on. Furthermore, the rising temperature makes the hurricanes more powerful because it causes more rotation in the Earth's atmosphere through stronger hot fronts meeting cold fronts. Due to this more damage is done by these hurricanes, as seen by the recent hurricane Matthew, the destruction done to Haiti and the U.S. is immense. With a plethora of people having no home and schools being damaged shows the absolutely devastating outcomes of not focusing on this important issue. Due to the increased temperature, water levels, and hurricane amount and damage, the reasons on why the U.S. needs to take rigorous actions in order to slow down and ultimately revert global warming is distinctly depicted.

Thank you for considering the issue,

environment
Published on Nov 7, 2016
Report a problem... When should you flag content? If the user is making personal attacks, using profanity or harassing someone, please flag this content as inappropriate. We encourage different opinions, respectfully presented, as an exercise in free speech.
Nipmuc High School

Oskar Baldwin 11-4-16 Yellow-ELA Dear Madam or Mr. President, My name is Oskar, I am thirteen years old. I am an eighth grader at the Edith C. B...

The Attack on ISIS.

ISIS has destroyed, looted, and pillaged countless ancient monuments that have been standing since thousands of years ago.

How would you feel if someone just decided to push you out of your home so they could live here instead of you?

Presidency and the Environment

How will our next president combat negative actions against the environment?