Over the years, police brutality rates have been increasing at an even pace.  The acts involved include disorderly conduct - anything from fighting to shootings to being arrested at a protest.  So many innocent lives have been taken away from their families, their friends, their job, and more importantly, their LIFE!

As of right now, every seven hours, police officers kill an American citizen whether they are unarmed or armed, trying to defend themselves.  On the news that you must watch, at least everyday there is a breaking story about a black man shot by a white officer or the opposite.  This issue of brutality is partially focused on the racism in our society and how blacks and whites are treated unequally and unfairly.

However, racism is not the only factor; I personally believe police training is an even bigger factor.  You may wonder why I say police training out of the blue, but that is what our country needs.  I also believe the government needs to create a program or simulation where officers can train in the proper way to save lives; not to kill, unless absolutely necessary.  The officers can be tested on skills they already have plus the ones that need improvement; they can also learn new skills along the same line.  Doing this exercise will give officers  strength and a better opportunity to save the lives of innocent people.  Most officers these days think they can go around assaulting and shooting people for normal everyday occurrences despite some not even committing crimes.  The only reason officers should be allowed to pull out their gun is if the situation calls for it and if the other person is holding a weapon or performing an illegal act.

Now look, we all know the government has part in controlling these actions, though everyone in the world and I have not seen any change.  If you take action now, to stop the brutality and racism of innocent people, we will all be able to live equally and make America and surrounding areas stronger than they really are.  We demand for Freedom, Liberty, and Justice. 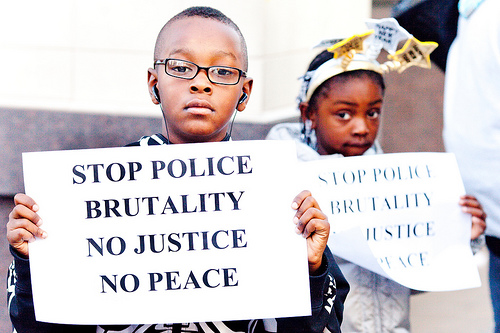 brutality equality Racism police gun issues
Published on Nov 7, 2016
Report a problem... When should you flag content? If the user is making personal attacks, using profanity or harassing someone, please flag this content as inappropriate. We encourage different opinions, respectfully presented, as an exercise in free speech.
Nipmuc High School

Why should we keep guns? This is why.

This letter talks about the three different high schools I've been to and the conditions of each school.

There are too few restrictions on guns in the United States, especially in comparison to other countries. Background checks need to be implemented ...