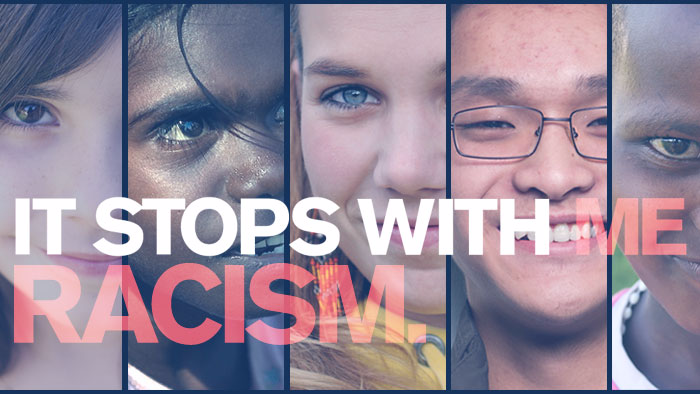 Racism is a huge problem in today’s society. It’s causing many protests and riots against police officers. Some people may say that they don’t mean to be racist when they say something that offends someone. In some cases, it’s true. Although, if it keeps happening in your everyday routine, then that person is lying.They are offending people mentally and lowering their self-esteem. We need to make people realize this more and right our wrongs. If we don’t stop this, racism can escalate into something larger and more violent than the way it already is.

Racism is causing other races to discriminate other races. Many people are often offended when others make jokes about their race. It’s also dangerous if you do make jokes and someone is about to physically beat you because they are offended or are very sensitive. On top of that, there are now protests going on and many violent outbreaks are occurring. This can majorly impact people and hurt them.

Young students of all ages are most badly impacted mentally. Students can feel left out in a group, tremble around others, and cause themselves to lower their self-esteem. Other examples are not wanting to go to school, fear of being attacked verbally and physically, and trusting no one. This can stop them from achieving their goals. There is no reason for racism and it’s not funny.

We need to create environments where people can be themselves around others. We need to enforce anti-discrimination laws because students in school are racist and this shows that we don’t care enough to stop it. You can even possibly assume that racism must be an everyday thing if teachers can’t stop students from making racial jokes. One example that could show you how racism starts is when a person hangs out in a community or a culture with people like them, and that person starts to take on views from other people. Then, you become racist in a way as to where you judge others and think you have a higher “rank” than them. You start to think that your group is more superior than another person's and you start to judge them and eventually, you realize that you were being racist even if you didn’t mean it in such a way.

We need to make this issue more public to the population and make them realize this must end now. As future president, it’s up to you to fix this mess with us all and make America great again! Racism ends with me if you help me in my fight.

racial discrimination racial profiling Racism discrimination
Published on Oct 25, 2016
Report a problem... When should you flag content? If the user is making personal attacks, using profanity or harassing someone, please flag this content as inappropriate. We encourage different opinions, respectfully presented, as an exercise in free speech.
Creekland Middle School

Terrorism is a serious issue that must be stopped as soon as possible. We need a president that will end this issue once and for all.

we should open up our borders and let people in.

People aren't being treated equally because of their race, religion,or sexuality.

These days police are using excessive force for racial purposes. It's time to put a stop to it.

The next president should do what is best for our country.

A police officer stops you because of your skin color? Because of the car you drive? Even because of how you dress... how would you feel?

A letter asking the president to take action in regards to the acts of racial (and ethical) discrimination, ranging from violence to verbal abuse.

Racism is everywhere and something needs to be done about it. Even in the suburbs of San Diego racism is present.