According to ABC-CLIO Understanding Issues and Controversy “The data for homicides by law enforcement officers were about the same, with the death for blacks of both sexes 3.66 per million compared to 1.92 per million and 0.9 for white males.” That is a lot! Some African Americans are afraid every time they see a police officer; some people are even scared to walk in the neighborhood alone. According to ABC-CLIO Understanding Issues and Controversy An "us” vs. “them” mentality is encouraged, often by field tanning officers who convey the belief that the public is the enemy and police officers should band together against them.”

In conclusion Police brutality need to be addressed and stopped. Because I want to feel safe walking alone in my neighborhood, and not be afraid when I see a police officer and not think about my parents and siblings safeness out and about. Something needs to be done about this and it needs to be done now! 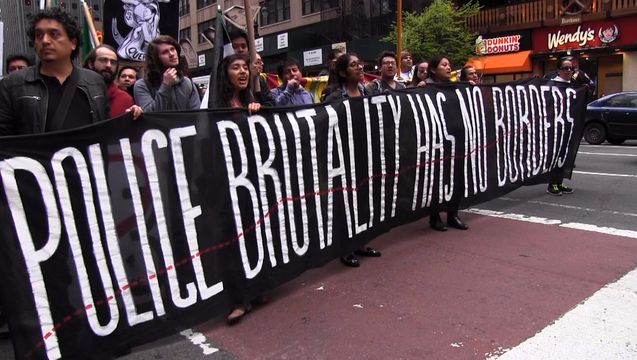 police brutality police corruption black lives matter
Published on Oct 25, 2016
Report a problem... When should you flag content? If the user is making personal attacks, using profanity or harassing someone, please flag this content as inappropriate. We encourage different opinions, respectfully presented, as an exercise in free speech.
Creekland Middle School

we should open up our borders and let people in.

Sex trafficking in the United States needs to end today!

How long until another death causes a protest?