Dear Mr./Mrs.president,when you become president I would like you to address the problem of immigration. We already know that you plan to build some sort of wall to block out other countries so that the only way to get into the U.S.A is by plane,but how will you deal with illegal immigrants? People will still flee to the United States by plane with fake IDs,so how will you keep immigration under control in the skies? Well,if you haven't been thinking about this too much since you have other important matters to take care of,here is a solution. Mr/Mrs. president,you should keep track of every immigrant that tries to come into America by taking a photo of them right before they leave the airport and put a time limit above their profile picture for however long they will or must stay in the United States,when the time limit is up there will be consequences to those who do not leave the United States without a good reason will suffer consequences. Maybe making them pay more money until they become full fledged citizens. I have a serious problem with some illegal immigrants because they can almost live a free life without any worries thanks to the Federal Government. They give them food,money,and housing until they are financially stable,which,any person with at least half a brain would use the fact that the government will give them as many supplys as they supposedly need to their advantage so they could in the United States for almost free. Why must we pay taxes for these people who we don't really know or like and might never even become full fledged citizens? This is another thing I don't like about our Federal government. We should make immigrants want to become citizens even more so that they can stay and not have to suffer in our wonderful nation or get deported. 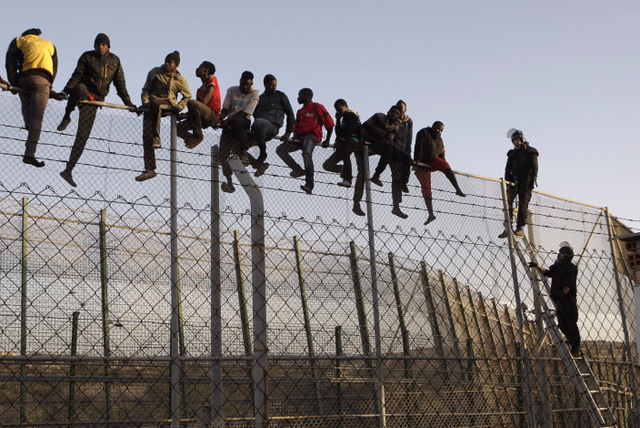 immigration
Published on Oct 24, 2016
Report a problem... When should you flag content? If the user is making personal attacks, using profanity or harassing someone, please flag this content as inappropriate. We encourage different opinions, respectfully presented, as an exercise in free speech.
Rahway Academy

Terrorism is a big problem in the United States.

I believe illegal immigration is a serious problem.

I think that the president should let illegal immigrant become U.S citizens.