I believe that animal abuse is an important issue that deserves attention from our countries leaders. It should be viewed as all the other issues that are being talked about in the presidential debate. Animal abuse is an important issue because many lives are being ended because of angry and carelessness of humans.To be more specific about 1.1 million animals die because of domestic violence per year.

An example of the carelessness of humans is that we are ruining the lives of innocent wild animals. We do that by taking them from their natural habitat in the wild and sticking them into zoos for our amusement. That ruins their lives because they go from their happy lives with their families to a weird small glass box with random people. Did you know that according to www.Icanimals.org ,“Wild elephants typically walk up to 40 miles a day. Constant exercise is crucial to the health of these animals, as their massive body weight puts enormous pressure on their joints and bones.” But in zoos elephants do not get nearly that much exercise because the are stuck in small spaces where they can only walk back and forth of the same area. Some people may protest and say that they are safer in the zoos but I learned at www.Icanimals.org that in the wild elephants have no natural enemy. Therefore they could live a peaceful life without us bothering them.

Not only can wild animals get abused or treated unfairly but so can pets. There are some people who don’t even know the are abusing their pet. A way that people not knowingly abuse their pets is neglection. You may be thinking that neglection is not that big of a deal,but it really is. When you neglect your pet that can lead to your pet becoming depressed. Which is not fair since animals cannot talk so it will take you a while to figure out that they are depressed. Then the next step is up to you. You can go to a animal therapist to help you pet. Or you can do nothing because you either don't have the money or just don't care. There is also the more obvious abuse. Like actually hitting your pet or making it fight other animals. And all of these types of abuse are not good and can be stopped. According to www.nj.gov you can call the NJSPCA 24 hour hotline at 800-582-5979 to report animal abuse. Another place you can call is the NJDA division of animal health at 609-671-6400.

Now that you know the facts and who to call don't just wait. Take action! If you see abuse report it and please Mr./Mrs. President spread the news. 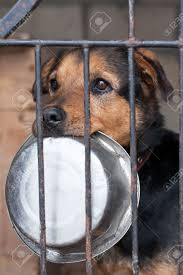 animal abuse
Published on Oct 25, 2016
Report a problem... When should you flag content? If the user is making personal attacks, using profanity or harassing someone, please flag this content as inappropriate. We encourage different opinions, respectfully presented, as an exercise in free speech.
Rahway Academy

We need to stop testing on animals!

Animal abuse needs to stop. It is against the law, and people should not be cruel to animals.