I am concerned about the Gender Pay Gap. Forbes Magazine states, "Women are still paid less than men- even in the same job." My question to this, is why? Why pay a woman less for doing the same job a man does. She is eligible just as much as a man, and even does the same work he does, so why does he deserve more money than her? It is a fact that women lose around ten thousand dollars per year due to the gender pay gap.

Also, Forbes Magazine reported that women, who work the same job and position as a man, are paid only seventy-six percent of what a man makes. NWLC, the National Women’s Law Center, are advocating for Congress to pass the Paycheck Fairness Act. This would make it easier for women to combat wage discrimination, keep businesses from punishing their employees for discussing their pay, and make sure victims of wage discrimination are compensated. This is a very big deal, and yes the pay for women has gotten better with time, but we still have quite a bit of work to do before it is all fair. I would like to encourage you to make a change. Women have the highest percentage of low-wage jobs – a full two-thirds of minimum-wage workers are women. Raising the minimum wage is another issue that would have a huge impact on the wage gap concern.

My question to you, Future President, is how will you handle this issue? What action will you take to make the wage gap fair for women? This is not only one issue to all women. This is an issue due to race as well. African American women make $21,937 less in a year. That is 39.5% of a wage gap in 2014. Latina Women lose $25,177 in one year compared to a man. That is 45.4% of a wage gap. Forbes updated this information from the year of 2014 to present day.

My concern for this issue only grows. I feel as a young woman, we are being punished. It is unfair to us that we can work the same job and do the exact same things a man does, but we are paid less due to our gender. One day, I would like to have a job in law. Due to the gender wage gap, I would only be paid 77% of what a man would make. To me, that is very unfair. That makes my career choice become questionable as to if it is really worth it. I hope you understand from my point of view, and have just as much concern as I do. I ask for your help to take action with us women, and make a change!

Thank you for your time, 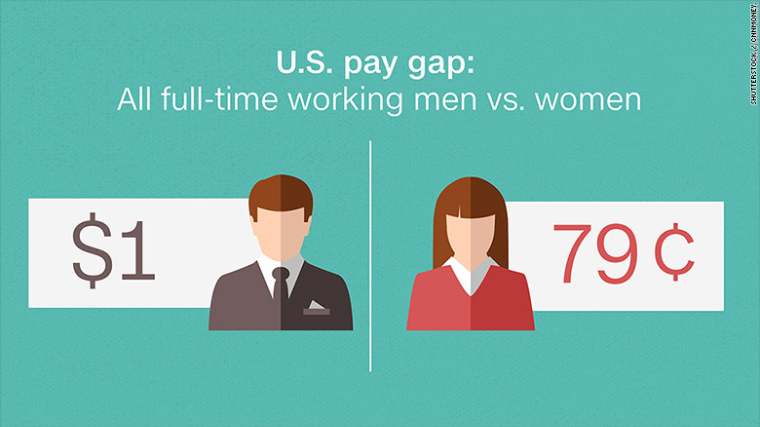 cost of living wage gap minimum wage
Published on Sep 29, 2016
Report a problem... When should you flag content? If the user is making personal attacks, using profanity or harassing someone, please flag this content as inappropriate. We encourage different opinions, respectfully presented, as an exercise in free speech.
Oxford High School

Abortion is wrong and should not be taken lightly.

Why do women not have the right to get an abortion?

Children are the future

Children are the greatest aspects of the future, present, and past and I’m sure you’d agree with me.

On the issue of military retirement, our soldiers matter!

Income inequality is a major problem in the United States.

Cost of Living vs. Wages

The Struggles of Being a Heroe

Letter discussing the issues in regard to the payment of military members in the United States.

My thoughts on the pay gap between men and women.