In our society today, there are plenty of people who have trouble finding who their true “Gender Identity” really is. To the point that some say that it should be under anti-discrimination laws, but I think differently. When a baby is born it has a set gender, Male or Female. From that point on, the individual might go through a life-changing situation or even make the choice that he or she should be the opposite sex. What if a transgender male is on a female team? What if the females join the men’s team? Why are there signs for male or female when anyone can go anywhere they want nowadays?

Now, you and I both know that transgender people have and will always be around. The “Title VII of the Civil Rights Act of 1964” states that one should not be judged from one’s sex, religion, race, or national origin. This does state anything to do with transgender people and it is meant to stay like that. Transgender people should not be aloud to join or share there opposite sex’s sport or stall. In the future, I would like to join a sports team and even go to the restroom without having the fear of their being seen by the opposite sex. I recommend that you president, to help the transgender people, have it to where they have their own section, in stalls or sports.

The choices of theses people are their own, and they should not be judged by it. I think you President need to make a choice that will affect how the children will grow up and what they will see, and how it will make them rethink their choices. There is one case that has the “Christiansen v. Omnicom Group, Inc.” state that a male boss filed against a male transgender because he wasn’t “manly” enough. This is an act of discrimination, and is stated in the EEOC VII. I would like for you, president, to make the EECO VII Act clear not only to the ones that feel like they are not the correct gender but to everyone else who would like to live there lives peacefully. 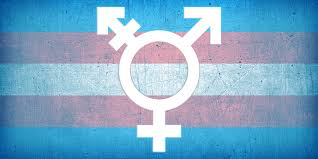 gender identity
Published on Oct 20, 2016
Report a problem... When should you flag content? If the user is making personal attacks, using profanity or harassing someone, please flag this content as inappropriate. We encourage different opinions, respectfully presented, as an exercise in free speech.
Oxford High School

Protect the people of the trans/non-binary community.

Slowly but surely our country is becoming more accepting of many types of people and though we are called the melting pot, we do not have nearly en...