We are all humans. As humans, we should all be able to retain our human rights. Our human rights allow us to be free from discrimination, right to be equal, right to own property, and the topic that will be discussed most in this letter, freedom from torture and degrading treatment. I personally believe death penalties are far worst than demeaning treatment. Death penalty in the United States has been a problem for many years and there should be a change in this issue. Although criminals should be punished, there should be a certain limit to the penalty. Death penalty should not be allowed in general, no matter the circumstances. In my opinion, if the penalty has no other choice but to be death, then the worst punishment should be “prison for life.”

Death penalty has been overly abused around the entire world but it has barely gotten worse in the U.S. According to California Innocence Project, “death penalty is discriminatory and is used disproportionately against the poor, minorities and members of racial, ethnic and religious communities.” Even so, most deaths are from people that are innocent or mentally ill. FBI data shows that 14 states without capital punishment in 2008 had homicide rates at or below the national rate. Based on the CIP, “in 1972, the U.S. Supreme Court suspended the imposition of the penalty, finding it unconstitutional because it was imposed disproportionately on minorities and the poor.” Nevertheless, the ban was only brief and the death penalties continued throughout the nation.

In 2014, there was an Oklahoma execution that went terribly wrong. Clayton Lockett was an inmate in Oklahoma and his punishment was lethal-injection. The drug caused him to go unconscious at first but then minutes later, his veins “exploded.” The punishment was unnecessary since Lockett could have just gotten prison for life. There were other options also, according to The Atlantic and CNN: “the Justice Department could have began urging the Supreme Court to review and endorse current state-court challenges to lethal-injection secrecy, or the feds could have urged Congress to adopt uniform lethal-injection protocols while amending a federal low that has neutered federal review of capital cases.”

The criminals in our nation are losing their lives and it is not a right thing regardless of their actions. There is no human that should have to die by the hands of our government. Other punishments that do not lead to death should be the only punishment allowed. Death penalty should be a minor thing and the 8th amendment should be stricter on the federal law because it is incredibly discriminatory and unnecessary. The death penalty ignores human rights and there should be a change. 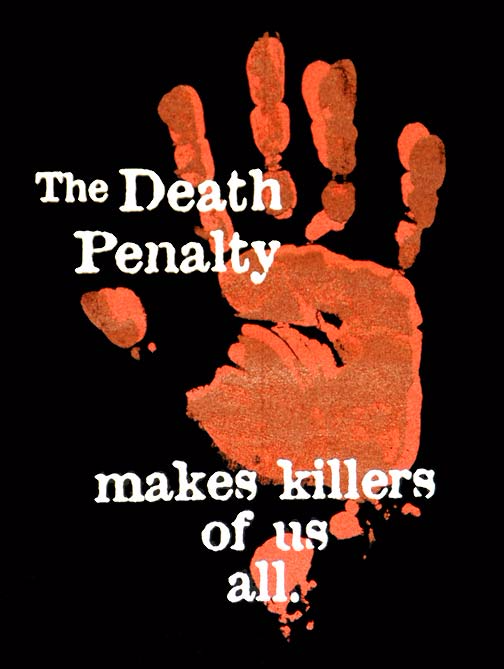 lives death penalty
Published on Oct 27, 2016
Report a problem... When should you flag content? If the user is making personal attacks, using profanity or harassing someone, please flag this content as inappropriate. We encourage different opinions, respectfully presented, as an exercise in free speech.
Oxford High School