The United States has always been one of the best countries in the world, and those countries are built by great people like American which the majority is made of immigrant. Having diverse backgrounds means that the relationship of our people to the world is not just simply a citizen of America, but a global citizenship to all over the world. Immigrant people play a significant role in the United States. Their experiences of living in two different countries allow them to realize the strength and weakness in both and that will contribute in our community. If America doesn’t accept people like them, then no one can really tell what our nation will turn out to be. Immigrants are not just someone belong to somewhere else, but they belong to our country and our land; and therefore, they deserve to have the right like any other citizen.

Immigrant people come to America because they believe that America has the light that they need, the light that they don’t see in the old country. They come here, bring hope of freedom, liberty, and an ambition of having a better life. We should not care about different skin colors, different races or different backgrounds, but rather focus on the real value of a person.

People have immigrated to the America seeking opportunities. They are willing to work hard and even more diligent than average American. Therefore, in term of economy, immigrants don’t crush it, but together they help to make it stronger. They take the jobs that most American don’t like, pay their tax and follow exactly the law. Perhaps there is always an old prejudice in the mind of native people, they won't find any reason to show that immigrants are useless.

The stereotypes often argue that we don’t need those people come in to take over our jobs, we as natural American can do even better than them because we surely have more education. However, a 2014 study in the Journal of Population Economics, “Empirical Characteristics of Legal and Illegal Immigrants in the USA” by Vincenzo Caponi (from Ryerson University) and Miana Plesca (from University of Guelph). They used statistical approach to analyze the characteristics of illegal immigrant, showed that it is not true about immigrant’s lack of education. For example, immigrants coming from Mexico which is the largest source of illegal immigration to the United States, the more educated they are, the more likely they are to be undocumented in the United States.

I address the fact that illegal immigration also raises a lot of other issues, but trying to stop by deporting them is not a solution to it. The more you hunt them, the more they hide from you. When they leave the old country, they already make a determination to survive in America no matter what. And just to remind here, they truly don’t hope to live a life under the shadow like that, but they sacrifice what they have to give their children an absolute best as they can. They have the love of every other father and mother have. Therefore, why shouldn’t we try to open our heart to feel their suffer and understand it? In another word, why should we look at them as an issue, but not as a human who need help the most? Immigration happened since America was founded, and a lot of people have tried to build a wall between those people and us, but did any of those tragedies work? Did they actually stop refugee? If not, then why should we keep hunting them? In my opinion, the best resolution to immigration is to actually have a system to help and cooperate with them. By giving those people an identity in America, we will not only save thousand lives, but also build a new community which has its own strength in our country.

I myself come from an immigrant family. Experience the same struggles that immigrants and American face everyday has never been easy; if fact, it is tragic, but at the same time they have made me realized many things. I have to say, discrimination and oppression never end. The first time my mother ever had a job in America, she only got pay 5.50$ to 6.50$ dollars per hour while the minimum wage was 9.47$. The owner kept using an excuse that she didn’t speak English well, so he could only treat her as a trainee. While the job, tailor, doesn’t require much English, so people just want to find a reason to pay their employer the least possible wage no matter if it is really a problem or not. Both of my parent mortificate everyday to dry off our tear, to give us book and clothes, but no one can understand their suffer. Those kinds of experiences have taught us, as their children, to grow up and think differently. The languages that I speak and the background that my parent gives me are no longer an inferiority or disadvantages, but they make me become unique from others, and allow me to use that unique to contribute in a large American community.

As a President, you have the power to grow our nation more global, more diverse and full of compassion. Why wait? We teach our kid to dream the American dream of freedom and liberty, but how can they know if there is actually equality around when we choose to turn away from our neighbor? 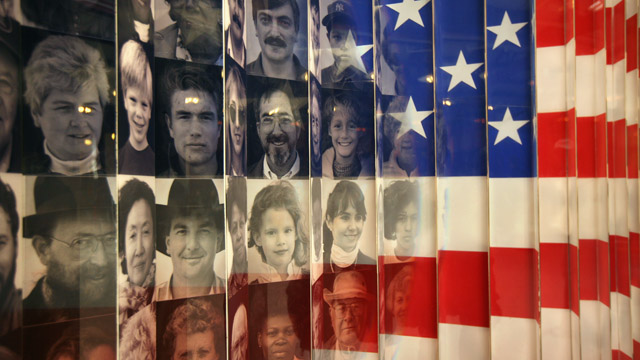 immigration
Published on Nov 8, 2016
Report a problem... When should you flag content? If the user is making personal attacks, using profanity or harassing someone, please flag this content as inappropriate. We encourage different opinions, respectfully presented, as an exercise in free speech.
Foster High School

Racial profiling in the U.S.

I believe that racial profiling is one of the many reason why America can't make any progress with making world peace and it needs to be address pr...

What Everyone needs to know about our Energy.

As a nation I believe that the need for fossil fuel to power life needs to come to end, now we must start using more clean, efficient and renewable...

We can help those families destroyed by war.

This letter is to Donald Trump about the wall and deportation.

Everyone deserves a chance.