My concern about homelessness is that too many people are homeless because they can’t afford their rent and don’t have jobs. Also if their kids can’t afford education they won’t succeed in life and that is bad for their kids because when they get older they won’t be able to get a good job. I also think that they should be able to come to home that is warm and cozy. Imagine coming home to the park and sleeping on the floor and raising your children and not having money to buy food. 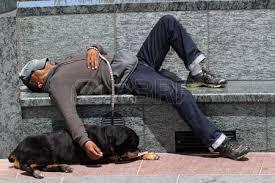 On January 2015, 47,2257 people were homeless in the U.S. We should at least be able to have charities, and give them food, and be able to have them have some shelters and some places to stay until they get jobs and they can afford their rent.

homelessness
Published on Nov 5, 2016
Report a problem... When should you flag content? If the user is making personal attacks, using profanity or harassing someone, please flag this content as inappropriate. We encourage different opinions, respectfully presented, as an exercise in free speech.
Boyden-Hull

There are too many children and veterans homeless . We need to stop homeless we need to treat the homeless.

Possible solutions to solving the mass amounts of homeless through America.

We should all contribute in a way to help the homeless.