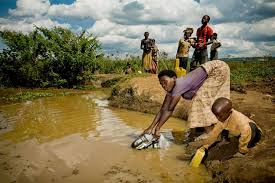 Clean water is a issue in Africa, and we need to give money so we can support them. The number of people who are affected by this issue is immense! There are 1.216 billion people in Africa are affected by this issue. There are 318.9 million in the whole U.S. population. (2014.) Almost the whole population of the U.S has clean safe drinking water. Studies show that an average human in the U.S drinks about 2 liters of water per day! Think of all that water being wasted, and almost all the population in Africa does not have clean safe drinking water. In remote regions, women spend around three hours each day collecting water. They miss out not only on income-producing activities, but also on being able to care for their children. Many kids also have to fetch gallons of water for their family. Think how much you use water per day then putting it in a container and have to walk 3-5 miles! With no shoes and it is usually 90-100 degrees outside. That would be hard for anyone. Children who must travel long distances to collect water for their families often miss hours of school each day, or miss out on education altogether. I know everyone says “I hate school it’s so boring!” Well if you go and ask a girl/boy in Africa if they like school, they would answer with a big fat “YES.” You would think that’s crazy right? But they think the same thing we do, that we are crazy for not liking school.

Another reason they are not able to go to school is from a water-borne diseases. If a kid were to go to school sick it can spread throughout the whole school. Here if someone were to go to school sick and give it to another kid, it wouldn't be as big as a deal because here we have medicine, doctors, and hospitals to care for us. They don’t really have any of that. In some areas they do have hospitals, but they do not have the tools like we do here in the U.S. 442 million kids miss out on school each year because of some type of water borne disease. Another issue is that since they don’t have clean water they do not have toilets. So, where would they go? They go to the nearest water resource, usually it is a pond, that is where people get water. In other words they are drinking other people's pee, and other things that are super gross! Think of drinking that or even taking a bath in it. That is how a lot of people get sick from the water, if they drink it.

What can we do to prevent this? Well, there are multiple ways we can help them out. I think what needs to happen is people need to give up just a few dollars. It costs approximately $10,000 to drill a well. That seems like a lot of money, but i bet you if a lot of people in the us were to chip in as much as $5-10 per family you wouldn't believe how many wells we could drill into the ground to provide safe, clean drinking or bathing water. Even to put in toilets for the public to use, it wouldn’t cost as much but still. If we don’t do something then when is it going to happen? 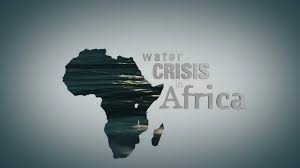 Thanks for Reading, and What Would You Do to get Clean Water?

water problems water water pollution
Published on Nov 5, 2016
Report a problem... When should you flag content? If the user is making personal attacks, using profanity or harassing someone, please flag this content as inappropriate. We encourage different opinions, respectfully presented, as an exercise in free speech.
Boyden-Hull

The drug problem in the U.S. and how it is really affecting our country today.

We need to finally put an end to animal abuse.

We should get less homework in school!

How police are being treated

Poverty and America's Relationships with other Nations

Cause and Effect. Ending poverty will play a huge part in improving our relationships with any country.

The prices of today and what is happening.

Contamination in Our water Supply!

Large amounts of a natural chemical known as Chromium -6 is being found in our tap water.