I am writing you today because I feel that abortion laws should stay the same because women should have the right to choose what they want for their body and life no matter the circumstance and outlawing abortion discriminates women. I am connected to this topic because I am a woman myself. If abortion was outlawed and a woman got raped and found out she got pregnant, why would she want to keep the baby? Or what if they weren't financially ready? Why would they have the kid just for the kid to go through poverty, how would the parents provide ? What is your thoughts on abortion? Do you think it is a women's right to choose?

Men know what they want for their body and have the right to choose, why can't women? Women should have the same rights as men because were all equal. “No woman can call herself free who does not control her own body.” (Sanger). There is no laws telling what men can and can't do with their bodies. Abortion is more common than some people think, ¨ In fact, 3 out of 10 women in the U.S. have an abortion by the time they are 45 years old.¨ (https://www.plannedparenthood.org/learn/abortion)

While some may say that abortion is killing an innocent child, but it is proven that the aborted baby doesn't feel any pain because the fetus isnt that far along. “Because the neural structures necessary to feel pain have not yet developed, any observable responses to stimuli at this gestational stage — like the fetal “flinching” during an amniocentesis — are reflexive, not experiential. Which is to say, the fetus at 20 weeks can’t actually feel anything at all. Which is to say, the fundamental justification for these laws is a really big, really popular lie”. A fetus can not feel pain until the third trimester, the third trimester starts at about 27 weeks of pregnancy. Depending on the time you get an abortion, the fetus could be partially developed or not at all.

In conclusion, Keeping abortion laws the same and legal gives us women the choice for our bodies and women in general over coming gender discrimination and helping women all over the U.S become independent. 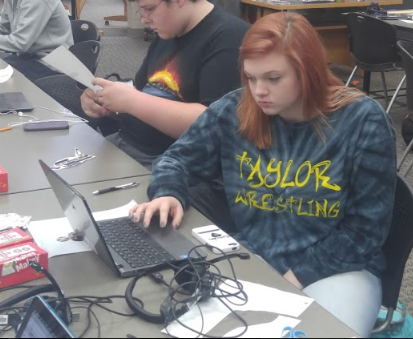 womens equality women's rights abortion
Published on Nov 8, 2016
Report a problem... When should you flag content? If the user is making personal attacks, using profanity or harassing someone, please flag this content as inappropriate. We encourage different opinions, respectfully presented, as an exercise in free speech.
Oak Hills High School

My letter about how we have to protect black Americans and get people to help out others around from the whole world. We should have justic like ev...

Changing the ways we work for the future

I think that the education system in America is terrible and unfair. I think we should change what we are learning, how long we are going to school...

Animal testing is cruel and unethical. It is unnecessary and a waste of life.

We have a major problem that will kill us, the animals, and the earth if we don’t do something about it: pollution.

I thought America was supposed to be fair and equal. Why do women get to have an abortion, but when a man kills a pregnant woman, he gets twice the...

Abortion is an argument that is debated frequently. I believe that abortion should be legal, but only under certain circumstances.

Abortion should be against the law

Abortion should be against the law and here is why.

The freedoms of a woman

Planned Parenthood is more than a place for reproductive health. It's a place for freedom.