I am only fourteen-years-old, not at the age required for voting yet. So that's why I'm here writing this letter to you, the next President. I've seen the news, and the problems that are currently happening in America and around the world. Problems such as the economy, immigration, police brutality, you name it. But there is one particular problem that I'm very concerned with and deal with everyday. 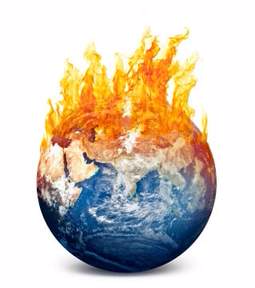 Global warming. With more carbon emissions and less trees each day, this environmental issue will only get worse. I've never seen any real issues with global warming until now. I saw the effects of it and what it might do to the Earth in the future if it isn't solved.  Earth's average temperature has risen by 1.4 degrees Fahrenheit since 1880, and I really don't want California to become hotter than it already is. Trust me. People here don't want any temperatures higher than 90 degrees Fahrenheit during the summer.

Global warming is the result of the use of greenhouse gases; carbon dioxide, nitrous oxide, methane, and other greenhouse gases. These gases are essential for human life on Earth. Unfortunately, global warming is happening due to the overuse of these gases. Us humans emit more carbon dioxide than the rate at which the plants and oceans absrob it. The leftover gases will remain in the atmosphere for several years, even decades, trapping heat and overall making the Earth warmer.

Other problems have also occurred because of the environmental issue. Our weather has changed drastically, coral reefs are suffering, there are more endangered species, and so much more. But out of all these, the Arctic has been effected the worst from global warming. Compared to Alaska, Western Canada, and Russia, whose average temperatures rose between the years 2000 and 2004, according to multinational Arctic Climate Impact Assessment report. Not only is the Arctic in danger of above average temperatures, but its polar ice caps (glaciers) are slowly, but rapidly melting. This is causing ocean levels to rise and cause problems towards the creatures who are living there, such as the polar bears. It is expected that by 2040, or earlier, the Arctic will be ice free.

Well Mr./ Mrs. President, the choice is up to you to make. The damages of global warming have already been done, but there is still time to prevent any more problems that can potentially harm the Earth. Will you devote your time and work towards other big problems and face global warming when it's even more problematic? Or will you focus on dealing on global warming first, preventing it from causing any more harm to the Earth and the polar bears in the slowly melting Arctic? The decision is yours next president. I'm sure that being the president is hard and busy work, and dealing with all these problems can be very difficult. So do your best and lead our country towards the right path.

ice caps pollution global warming climate change environment
Published on Nov 9, 2016
Report a problem... When should you flag content? If the user is making personal attacks, using profanity or harassing someone, please flag this content as inappropriate. We encourage different opinions, respectfully presented, as an exercise in free speech.
Santa Clara High School

Pain killers don't just kill pain, but kill the people that use them.

The Future of our Generation

How making college more affordable will help our future of our generation.

I think that the president should let illegal immigrants become us citizens.

Ocean pollution is a serious issue in our world that we need to address and fix this issue soon.

If we don't find a solution now the damage will already have been dealt.