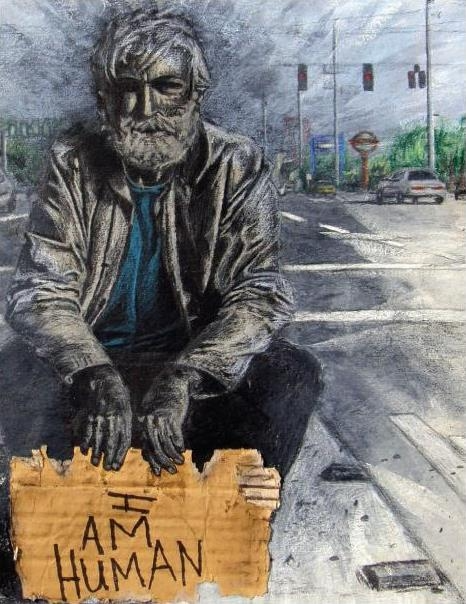 When you're walking down the streets in the city how many people do you see pleading for money and food? In 2014 the US poverty rate was 14.8% with 46.7 people in poverty. The poverty rate has stayed the same for almost two years. This shows that no one has attempted to help and lower that percentage to 10.3%. If no one wants to help then why don't you?

I know what you're thinking how can i help? You can help by making more homeless shelters outside of the metropolitan area because they have a poverty rate of 16.5%. This could help lowering the poverty rate and you could be helping people in need. You could also give money to adults who have not finished their education so they could pay for school, this could result in them graduating school and getting a job which would pay for food and housing. I say this because there is a 28.9% rate of people who have no high school diploma which could of been the result of having no home or food.

You could also make hotels that have secret rooms downstairs for the homeless and upstairs are all the guest. But they won't stay there for free they would have to work during the day and instead of getting paid they get a free hotel room and food from the kitchen. This would help to feed and house the homeless, it could also lower the poverty rate. Yes i know this would cost a lot of money but the government spends about 7,264,020 per minute according to Demonocracy.info. I think you could spare a few thousand dollars to help the needy. One good thing is that the government

gives a few thousand dollars to help some people get food and rent a house.

We take everyday things for granted so why don't we help those who don't have anything.

Poverty homelessness highpovertyrate
Published on Nov 8, 2016
Report a problem... When should you flag content? If the user is making personal attacks, using profanity or harassing someone, please flag this content as inappropriate. We encourage different opinions, respectfully presented, as an exercise in free speech.
Creekland Middle School

Gang violence needs to be stopped in the United States.

33,000 people die each year due to gun violence; with background checks, that number would drop significantly.

Bullying is a big problem that happens to kids of all ages. We need to do something about it.

The Problems With Gun Violence

Gun violence has to be stopped; otherwise, the US will have problems that will be hard to change.

Major concerns to our future president about creating good alliances with other countries around the world. Should we attempt to build good relatio...

We should all contribute in a way to help the homeless.