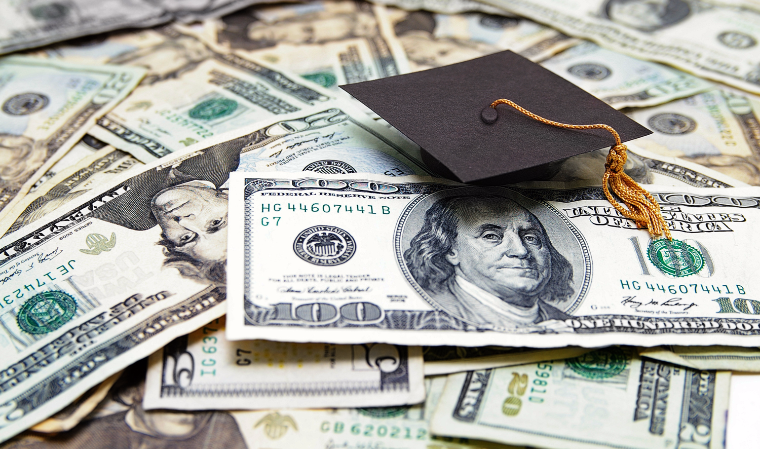 To the Next President,

The United States. A country of freedom, a safe haven, a new beginning. A country where the prices of a good college costs almost more than a family’s income. It’s worse for low-income families, and potential students can’t get the education they need. College tuition is exorbitant, and causes many problems for students, potential or enrolled. As a united country, we need to make college more affordable for everyone. It isn’t fair for low-income families to get less education, all it does is make it even harder for them to earn money.

College tuition has always been rising due to their home state funding them less and less money. Family income has barely risen at all, making college very expensive. Many students use student loans to pay off college, and most of them usually graduate with debt. 71% of students that graduate with a bachelor's degree have debt (averaging around 30,000). Most people pay off their loans, but not all. It feels like a burden to most.

Colleges demand more because their home state is funding less money. “After adjusting for inflation, funding for public two and four-year colleges is nearly $10 billion below what it was just prior to the recession.” (“Funding Down, Tuition Up” Michael Mitchell) The president could give the states more money for funding colleges, provide financial aid to students picking colleges or students with debt. Maybe even persuading colleges to lower cost.

Students and their families are affected. Even potential students as well. Students who take out loans deal with debt straight after graduation, and if they don’t succeed in life, they will be in trouble. Sometimes the family pays for the student, but families may not be able to anymore. Potential students are discouraged by the price of admission. If they were intelligent and got offered by one of the best colleges, they might not even pursue it because of the risk. That is a big loss of knowledge for them.

Many students are confident they can pay off the loan if they graduate college, but many don’t like the idea of owing money they may not be able to pay if they fail. They are pressured to join a smart college, but are also worried about their future. I myself am worried for my future, and I don’t like the idea of having debt. As soon as I finish college, I’ll have a big debt to pay off, and it only gets bigger. Finding a job will be easier, sure, but naive students aren’t told that having a college degree doesn’t automatically get them a nice job. Google won’t accept me just because I showed them my bachelor’s degree. Students need advice from an official, because as soon as they leave the nest, they are plopped down into the world, surviving by themselves, and not knowing what to do.

“What can I do?” You say. Well Mr./Ms. President, you can do so many things, and improve upon what your predecessor tried to do. First, is giving more money to states, but they can only use it for educational purposes. Another thing is either, giving benefits to colleges if they reduce tuition, or cutting off their flow of money if they don’t. Either way is fine, but I suggest the former before you try the latter. Another suggestion is forcing the colleges to lower tuition for low-income families, as they are the ones who suffer the most. One last suggestion I have, is free, or very low-cost public college. That way, people who can afford it get better education. While that seems unfair, it should only be done if the former options don’t work.

In conclusion, there needs to be something done about college tuition. You can do many things about it, force or even, bribe colleges to lower it, give more money to state, create a low-cost alternative, etc. If nothing is done about this, the nation will suffer and students will drown in debt, and you, the one who can do something, will be the one who did nothing about it.

college tuition costs
Published on Jan 21, 2017
Report a problem... When should you flag content? If the user is making personal attacks, using profanity or harassing someone, please flag this content as inappropriate. We encourage different opinions, respectfully presented, as an exercise in free speech.
Lewis Middle School

I explain the horrible consequences of global warming.

Dear Future President, This country is in a state of renewal. America needs you to do your best to keep this country great. In order to do thi...

A short video about immigration.

My letter is about the federal and state prison systems. It talks about the increase in Incarcerated inmates, and their crimes. Also it gives stati...

The amount of videos and incidents I have seen of police misusing their power is sickening.

College tuition is too expensive

November 4th, 2016 Dear Future President, have you ever had a problem with money and had a hard time not being stressed? Well, imagine that as ...

The cost of college tuition is increasing dramatically and students are having to find different ways for education.

High College Tuition Is Taking Away Our Dreams

Universities' high tuition is ruining the lives of students in the United States.

college tuition is way too high and should be lowered.....

Tuitions are Too High!

College tuition has substantially increased in the decades since 1971. This article shows the increase and side effects of trying to take out a loa...

This essay summarizes how expensive College tuition is and the problems it can cause.