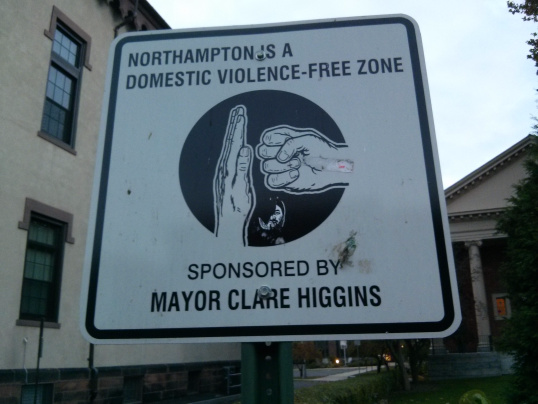 Do you truly want the world to be a better place? Then here is something that needs to be addressed. Domestic Violence. Domestic violence is physically, mentally, and emotionally harmful, and harsher consequences will put an end to rate of domestic violence. Physical abuse is when someone is hurting that person in a way with weapons. Physical abuse doesn’t permanently stay on that person, that injury can heal up, but it can affect your future. Mental abuse is when that person who is abusing you is yelling, threatening, intimidation, and swearing. But Mental abuse will be permanently in the mind. Emotional abuse is when someone is ignoring, mocking, and humiliating you and it can permanently stick to you.

Domestic Violence is causing the world to be sacred because people don’t want that to happen to them. Domestic Violence is when your partner is using violence instead of talking. Using physical, sexual, and emotional attacks to them. Why domestic violence is an issue is that many people get abused by their partner for example if the women in the relation and want to leave the man, the man might get mad and he stills wants her so he will threaten her and she would get abused. The background of domestic violence is that it is not a way to treat a girl, domestic can hurt the loved one very bad.

The causes of this issue is that the people who do it have mental problems and they are mad at the person. That if they hurt someone it may relief them from the stress. What you can do is have a public speaking to say that domestic violence is bad and you can get in trouble. Some people think it is ok for them to hurt others and no one will know what they are doing. What people do is they lock them up and no one will find them. The people who do should get bigger consequences because they hurt people and their families.

The person who is affected with Domestic Violence may get killed or have injuries that can be permanent. The effects of this is that people might get hurt or something worse. Women get affected worse than men, why, because men are more aggressive against women.

You should consider this because this is a problem in the whole world. In conclusion domestic violence is an topic that needs to be considered. Domestic violence is a very important topic because many people get hurt and that is the problem that now one wants it to happen to them.

abuse domestic abuse violent crimes domestic violence safety issue
Published on Jan 21, 2017
Report a problem... When should you flag content? If the user is making personal attacks, using profanity or harassing someone, please flag this content as inappropriate. We encourage different opinions, respectfully presented, as an exercise in free speech.
Lewis Middle School

The nation and our country is getting affected because of College fees/coast its leading to many different problems including Empty nest syndrome ...

We Demand A Recount

Domestic violence is a serious issue in America

There should be more programs for domestic violence to turn to and where they can heal from there problems. There's not enough programs for them to...

A lack of job employment has grown to be a problem through the years. And continues to be one, as less and less people have the opportunity to obta...

My thoughts on Drug and alcohol abuse. What our next Action?

We need to finally put an end to animal abuse.

Rape and human trafficking are major issues in today's world.

Cyber bullying is an uprising problem in the U.S. Let's stand up and make a change.

To truly be a free country we should stop increasing our torture on criminals and terrorists but instead find a better solution.