Did you know that about 23% of Americans, or almost one in four, are gay or lesbian?

I’m writing to you concerning the issue of inequality toward the LGBT community. It is a problem in America because many are often treated as less than human. This issue needs your attention because people of the LGBT community should have the right to get married to the ones they love without being discriminated against, and should also have the same rights and support as others.

There’s lots of love in the LGBT community. People are accepting of each other. Within that love, there are many members of the LGBT community who plan to marry, or who have already done so. These people finally have the opportunity to be with the ones they love, but there is a downside. Even though the Supreme Court has lifted the ban on same sex marriage, there are still many Americans who are discriminating against the LGBT community, either because of fear, hate, or lack of understanding. This needs to be stopped. This is a very big problem because there should not be hate towards love.

Often, people of the LGBT community are seen as “disgusting” or “ immoral”. This problem needs to be fixed because people are being seen as “inhuman”, but they are in fact human, and deserve to be treated as such. We need those people to realize that the people of the LGBT community are fellow citizens who are just as “normal” as we are. Religion also plays a big part in this. In many religions, being a homosexual is seen as “unholy”. The thing that baffles me is the fact that many religions teach their followers to love each other, but they send hate and disgust towards the LGBT community. This a problem that needs to be fixed.

Additionally, many people who are LGBTQ, are isolating themselves because they are scared of being discriminated against, or they are committing suicide because they can’t deal with the prejudice they’re facing. Did you know that many children who are gay are afraid to come out to their parents because they are afraid their parents will disown them? According to The Unique Social Isolation Homosexual Adolescents Experience, Approximate “26 percent of gay and lesbian youth are forced to leave home because of conflicts with their families over their sexual orientation.” . They claim that “suicide is the leading cause of death among Gay and Lesbian youth nationally. 30% of Gay youth attempt suicide near the age of 15. Gays and Lesbians are two to six times more likely to suicide than Heterosexuals. Almost half of the Gay and Lesbian teens state they have attempted suicide more than once” (Suicide Facts- Speak For Them) . Many young people in the LGBT community feel such a big amount of pressure trying to be themselves. Many people do not accept them as who they are, and that can drive them to isolation, and/or suicide. It has been conservatively estimated the 1,500 Gay and Lesbian youth commit suicide every year. This is such a big number of suicides amongst the young, This must be stopped, for the sake of the LGBT community.

There is a lot of room for growth in terms of here are many LGBT rights and how the community is treated. I hope we can make changes and become more accepting of people who may be different from ourselves. I think if we start changing our mindset about the LGBT community, we would have a more positive, peaceful and even happier community. 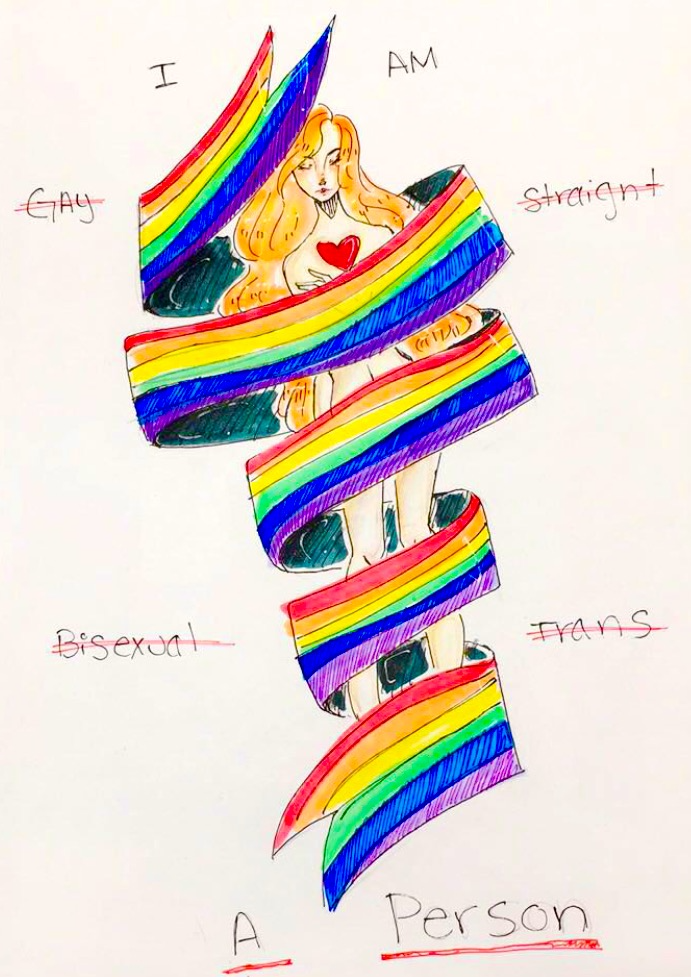 rights equality lgbtq rights
Published on Oct 14, 2016
Report a problem... When should you flag content? If the user is making personal attacks, using profanity or harassing someone, please flag this content as inappropriate. We encourage different opinions, respectfully presented, as an exercise in free speech.
Bernal Intermediate

Everyone deserves the same marriage rights.

This letter explains a few challenges that people of trans experience have to face and my opinion on some of the issues.

Many people in our country aren't getting the equal amount of respect and rights they deserve.