I am sure you have heard of domestic violence before, so you would know that it is a form of abuse that involves physical contact, and has a negative mental impact on the other person, mostly the victim in this kind of situation. You might not know that there isn’t just one victim in this cruel act. Now think, if you were little again and you always saw your father hit your mother, called her names, abused her, threatened her even, would you know how to make him stop? Would you have the bravery to risk being caught just to tell someone about it? Remember that you are a little kid, maybe a teenager. You could even end up thinking the opposite way, maybe you wouldn’t even want to help your mother, because you have learned since you were little that hitting and abusing and threatening your partner is okay. Tell me what would you do? I am left clueless, if I put myself in that position. Domestic violence is a serious issue that happens around the world, we need to talk about it more in schools to make students aware, about the dangers and the consequences, and what we should do to prevent it.

Now you can imagine, but here is a real story about a mother named Lynn whose children were affected by her abuser, their dad, at school her son looked sad and depressed according to Stories of domestic violence “ When I got to the school, the guidance counselor asked me questions about my son's behavior saying that he has become very withdrawn from his classmates and seems depressed and sad all the time.” It didn’t just affect her but her children too, they saw how her dad would hit her and eventually stopped being happy and stopped participating in class or fun activities.

The cause of domestic violence may be when one partner wants to overpower the other in a certain way, it can be by hitting, punching, kicking, or sexual assault. The effects are even worse, the victim may end up physically or mentally disabled. The article Effects of Domestic Violence states “PTSD or post-traumatic stress disorder is caused by a scary event” in this case, it’s being beaten by your partner constantly. “Depression is another main effect of being a victim of abuse, it can leave them feeling powerless and useless...”, which is usually the main goal of the abuser. A handful of victims can end up with suicidal thoughts, and some succeed when they try and kill themselves. Don’t let kids witness such horrible scenes any longer.

“1 in 15 children are exposed to intimate partner violence each year, and 90% of these children are eyewitnesses to this violence.” Domestic Violence statistics nationally, most kids with abusive parents witness them fighting. The children could grow up watching their mother or father being beaten and later on think it is okay to solve their own problems with violence. It can also convince them it is the normal way to do things, so to later on they would become the next generation of abusers. Domestic violence may also convince them that it’s normal to be beaten by their partner so they would go off and become the victim in their relationship. In school we need to teach children about these dangers, not just in high school but in middle schools and elementary schools too, we could even end up saving some people from the cruelty. We could have campaigns and fundraisers if we need to, just so we don’t have to live knowing that some other children witness such acts everyday. We could give them a voice a chance to say what is happening at home, we could stand up for them when they can’t do it themselves. We could help prevent such disasters before they happen.

We need to have specialists go up to the schools and give speeches show them examples, tutorials, and what we could do about it. We are far from perfect, but no one deserves to see someone else being beaten and then not have the power or the support to do anything about it. All I am asking is your support on this, since some taxes money goes to education, you could add special courses on just domestic violence and teach kids how to deal with it, if they ever face those things themselves or how to deal with those things when it is their parents. You could make a domestic violence campaign that goes school to school just giving small lessons on the dangers and the effects of it. Just think about it. 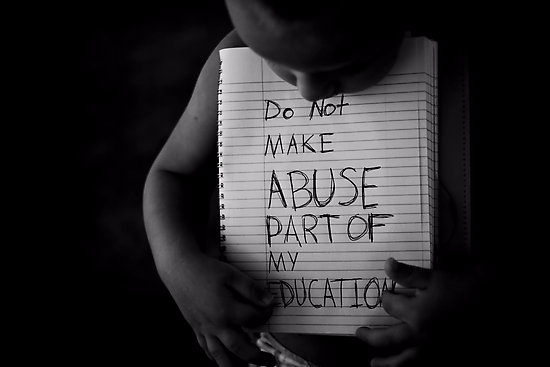 Don't allow this to happen. Lets face it. Don't look the other way.

domestic violence child endangerment
Published on Jan 21, 2017
Report a problem... When should you flag content? If the user is making personal attacks, using profanity or harassing someone, please flag this content as inappropriate. We encourage different opinions, respectfully presented, as an exercise in free speech.
Lewis Middle School

Polluted water affects many including sea creatures, humans, and other land animals. It's an important issue that must be dealt with immediately.

Are students really getting the help they need?

In the end, we are all humans.

Some Injustices of Standardized Testing

Too many standardized tests are being put on students, and it stresses out not only that student but their teacher and quite possibly their school....

Gun violence in the United States is an extremely important issue and action needs to be taken in order to save people's lives.

The dangers of alcohol abuse

I believe that child abuse is a serious matter and that the government needs to do something about it to stop it from happening. Some people may ca...

Change the Challenge of Child Abuse

Do you know someone that has physically or mentally abused? Child abuse is a very important issue in our world that effects a great amount of peopl...

Domestic violence is a serious issue in America

There should be more programs for domestic violence to turn to and where they can heal from there problems. There's not enough programs for them to...