The economy is a huge issue these days. When the recession hit wages fell tremendously. Between 2009 and 2012 the wages fell on average 2.8% while productivity rose 4.5%. To make matters worse the people who were the lower wage workers were the ones that were mostly hit by the decrease in wages. Unemployment is also a huge issue that strikes the American economy. It is said that the unemployment rate is up to 2 times what they say it is. In 2013 the official unemployment rate was around 7.6% while the real unemployment rate is actually somewhere around 14.3%. We need to make is possible for more Americans to get back to work so that they can spend their hard earned money in order to stimulate the economy. Another huge issue that America is struck by today is the national debt. Since we have such a high amount of debt it creates many negative things for the American people. One of the things that it creates is a higher cost of living. Large amounts of debt means higher interest rates on credit making it harder for the American people to purchase those expensive things that they need in order to live. Having large amounts of debt also equates to slower wage growth. High debt “crowds out” more productive investments, leading to slower economic growth and lower wages.

Our economy is something that seriously needs fixing. The issues presented are only a fraction of all the bad things that debt and having a bad economy does to a country. 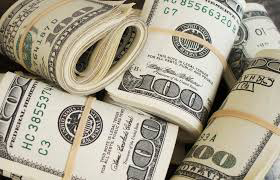 wages debt economy money unemployment
Published on Dec 14, 2016
Report a problem... When should you flag content? If the user is making personal attacks, using profanity or harassing someone, please flag this content as inappropriate. We encourage different opinions, respectfully presented, as an exercise in free speech.
Benilde-St. Margaret's School

the lack of trust the public has for law enforcement.

A letter on how the welfare system and the economy affects the middle class and minimizes success for everybody.

College tuition has risen to an unaffordable amount for some middle class citizens.