I am a white, seventeen-year-old female.

It was very hard for me to come to school on November 9th, 2016. I believe it was six times I broke down crying that day. And I suppose, you don’t have to take that personally. Considering, at this point it isn’t you anymore, Mr. Trump. It isn’t the person you are, you are human. I believe you are a human that should be held to considerably different standards due to being the next President of the United States. Yet, I suppose, you, your supporters, and the electoral college, thought otherwise. But, I along with many, many other people simply can’t get over horrendously inappropriate things you said regarding women, immigrants, and basically most of the unfiltered thoughts that have spewed from your mouth. I have (kind of) accepted the fact that what happened on November 8th, if fact, happened. Now, please, for the love of God, hear me out. Whether you admit it or not, you have created a division in America so large that this country hasn’t seen anything like it for decades, and for a good reason. Whether you admit it or not, you have created a fear for females, people of color, homosexuals, and a large variety of people who are what make America great. I can’t change what happened on election day. I can’t change the people you chose for your Cabinet. I can’t change the fact that there are thousands of people in this country blatantly scared to be who they are or practice their religion. But you can. Apologize for the awful things you’ve said and promised. If you are actually up for this. Start over with a different mindset and goal. If you really want to make America great again, start teaching young boys that it’s never okay to sexually assault women, or to bully those who you disagree with. Start teaching them that it’s not even okay to joke about it. Start proving that you recognize that America is sanctuary to all people of different cultures, religions, and race. Start appointing people that have experience and perspective for your Cabinet. Just because someone has been successful in the area of making money, doesn’t necessarily mean they are capable of helping lead a country. Most importantly, start choosing to love instead of hate. Take notes from our previous presidents. Show America that you will invest in things that matter more than money. Diversity. Unity. Love. 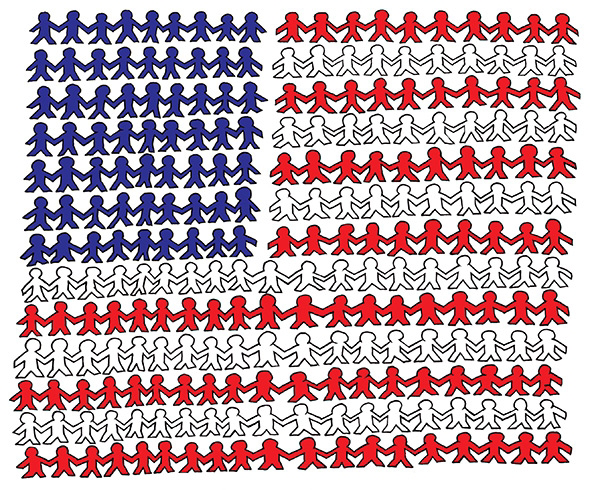 diversity division american youth sexism and lgbt rights
Published on Dec 14, 2016
Report a problem... When should you flag content? If the user is making personal attacks, using profanity or harassing someone, please flag this content as inappropriate. We encourage different opinions, respectfully presented, as an exercise in free speech.
Benilde-St. Margaret's School

Abortion should be abolished, and Planed Parenthood defunded.

This letter is requesting better organization and project management on construction projects, for the safety and sake of all people.

The college tuition should be lowered.

Common Core is a Common Problem