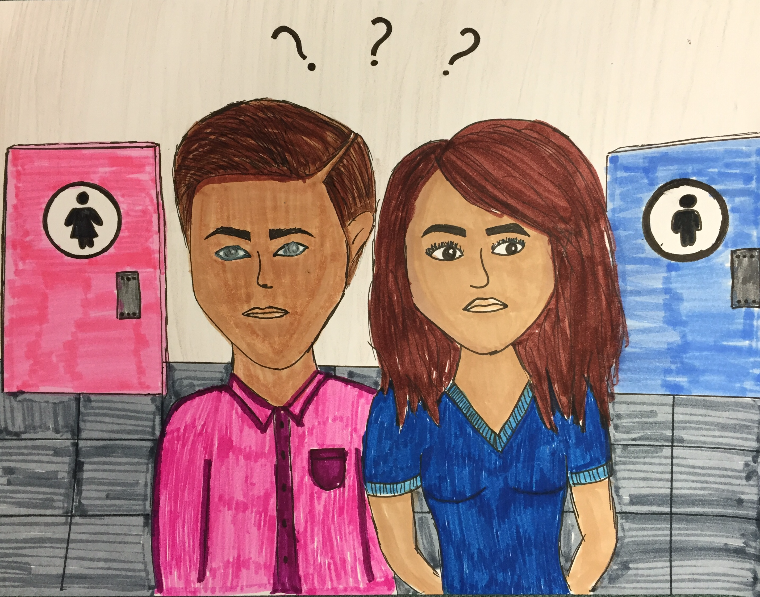 I am writing to address the issue of LGBT rights. I believe that having equal rights between people with different sexualities is the most important subject because I don't think it is fair that people think it is “gross” or “disturbing” to be lesbian, gay, bi, or trans. Most LGBT people can't help that they feel this way because this is how they were born. They don’t have the choice to feel the way that they feel. For example, many transgender people feel unsafe when they go to the bathroom. They could get hated on or even harrassed for going into the “wrong” bathroom. If I were you, I would make a law that would allow transgender people to use the bathroom that they want to use. Thanks to the Supreme Court decision from 2015, same sex marriage IS legal in all states. However, many states are angry about it and are finding ways to infringe on equal rights - adoption for example. If I were you, I would make a law to let transgender people to use the bathrooms that they feel like using. I would also put people in or by the public bathrooms when a transgender comes to make sure that these laws are enforces.

One of the many reasons that I want LGBT rights is because numerous people think that learning about being “different” or liking the same sex when you’re little can influence your decision on changing, but this is not true. Recently, a girl named Jazz Jennings wrote a book called, Being Jazz: My Life as a (Transgender) Teen which is about her journey on being transgender. It shows her struggles in and outside of school. On her show I am Jazz, a man asked her if anything influenced her when she was little to become transgender. She responded saying, “As soon as I could express myself, I instantly said that I was a girl. I knew who I was, I didn’t let anyone defy me.” This shows that everyone chooses their own decision on how they feel in their own body. No one can affect how you feel inside.

Another reason is that I don’t think it is even-handed to let transgender individuals to use the bathroom that they want to use. Transgender people do the same thing in the bathroom as “regular people”. In a video called, 12 Things Trans People Do In Public Bathrooms, it shows actual trans people doing normal things in the bathroom. For example, they go to the toilet, wash their hands, dry their hands, wipe the water around the sink, and shoot the paper towel in the trash like a basketball. All of the things that they do, “normal” people do. Honestly, there is no reason to not let trans people to use the bathroom that they want because they don’t do anything differently than us.

In conclusion, there should be more privileges for LGBT people because they’re just like us. I believe that we can make changes by making new laws, enforcing them, and treating these people as normal people. By making these laws, we can make these “different” people feel normal. I understand that some people do not respect transgender people or people that like the same sex, but with all of the support from everyone else, we can change how the world sees LGBT people. If everyone can contribute to changing the rules, we can make the world a better place.

lgbtq rights equality
Published on Oct 9, 2016
Report a problem... When should you flag content? If the user is making personal attacks, using profanity or harassing someone, please flag this content as inappropriate. We encourage different opinions, respectfully presented, as an exercise in free speech.
Bernal Intermediate

Global Warming: Before it Happens

An essay discussing the importance of global warming as an issue, as well as some possible solutions

A stop to deportation

Do you really want to live in a society where there are no Blacks allowed, no Mexicans, no other race except for Whites.