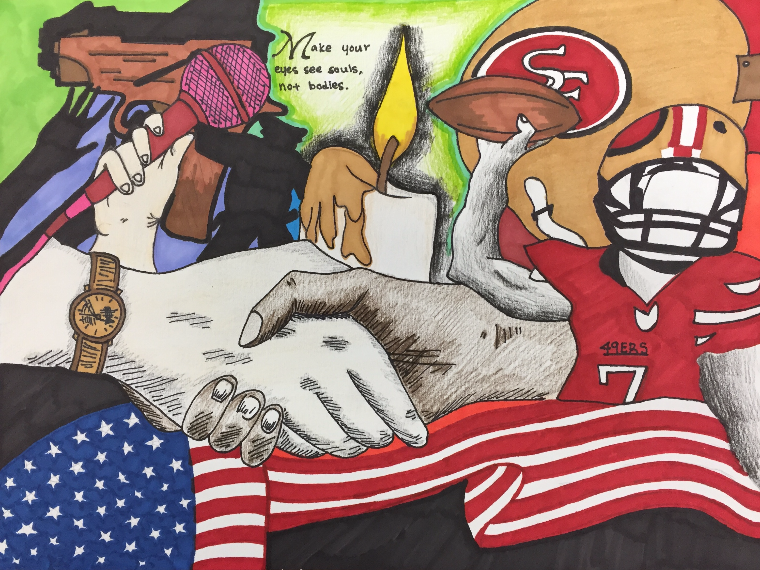 I am writing to address the issue of racial inequality and police brutality. I’m pretty sure you as a candidate have heard about it. You should be aware that racism still exists after centuries of inequality. Discrimination shouldn’t be an issue still. Ignoring the fact that we are all humans or negatively accepting the fact doesn’t help at all. We are morally what makes America and to make that clear, racial discrimination should disappear. Even though it will be hard or maybe even impossible, I encourage for you to reduce the brutality among police and minority groups, by training police in a fundamental way so that they have a better understanding of racial inequality. I also encourage for you to make more body cameras for the police and make harsher punishments for killing civilians. You should also make a committee of professionals from various areas and making a campaign that targets discrimination and misjudgement.

According to DoSomething.org, in 47 out of 50 states, American police have killed at least one person so far this year. We understand that everyone has different personalities, and that people exhibit bad behaviors, but they shouldn’t lead to killing and violence, especially from police. Maybe they could just be making mistakes and going the wrong way, but what if the police and the judges hold fundamental racism towards Hispanic and black people. If that is the case, the problems are in our hands and we have a responsibility to fix it.

To conclude, there is too much brutality among our citizens, and you have to take action before history repeats itself again.

inequalitiy racial profiling Racism discrimination police brutality
Published on Oct 6, 2016
Report a problem... When should you flag content? If the user is making personal attacks, using profanity or harassing someone, please flag this content as inappropriate. We encourage different opinions, respectfully presented, as an exercise in free speech.
Bernal Intermediate

Women of all colors have been discriminated for hundreds of years and it needs to stop.

Women are still faced with inequalities even in the year 2016.

A short video on racism.

Racial Injustice is a negative, and unfair thing which can break America if not resolved. If this continues this country will go against everything...

Social Justice and Black Lives Matter - Is it our best interest?

I go through different facts and details about the "Issues" that they protest actual fact and how you could prevent them because when protesting t...

This is about recent police brutality reports.

My name is Dylan I'm at West Seattle High and I want to talk about Police Brutality.