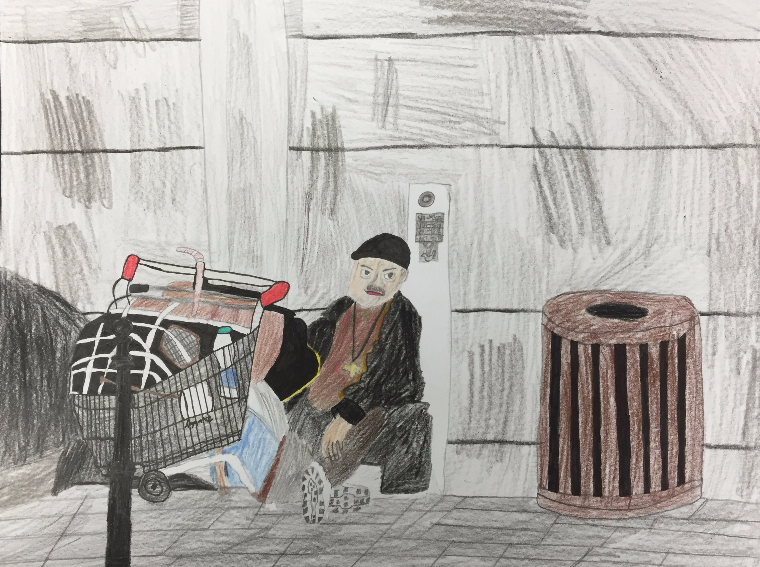 I’m writing to you concerning the issue of homelessness. Many people are on the streets with nothing and you need to take charge and a stance must be taken. Every night, there are about 643,067 homeless people in America and about 238,110 of them are families. Around 25% of them suffer from a mental illness, 17% are chronically homeless, 13% are escaping domestic violence, and 12% are veterans. If I were you, I would start building permanent shelters for these unfortunate people, until they can support themselves.

Many people are forced into homelessness because of their surrounding problems. According to the 2015 Homeless Count, 25% said that job loss is their main cause of their homelessness. 18% reported loss of housing, 13% of the 18% said eviction while 3% said their landlord raised their rent, and the last 2% of the 18% said foreclosure. You need to help make facilities that can help find the homeless jobs and homes so they can live life just like everyone else. Because they have already suffered so much and we can at least help their future become brighter.

Some cities hold the largest number of homeless people such as New York City, Los Angeles, Seattle, and San Jose. Studies shows that San Jose/Santa Clara County has the 3rd highest percentage of unsheltered homeless in the states, ranging at 74% and being the 4th largest number of chronically homeless, which is 2,518. California has the largest homeless population in the country with 136,826 and is increasing by 4.5%. It’s unfortunate that these cities have such high numbers, bringing them down would serve the homeless well. If you can set up facilities that can help the homeless get a boost on their life, that would be great since the numbers might lower down.

Poverty rates have also been rising over the past years. More studies also identifies that in 2011, the poverty rate was 15% which meant there were 46.2 million in poverty or homeless. By now, the poverty rate is probably higher than 15%, which means you have to raise the minimum wages so the rate could go down and the homeless could support themselves and/or their families. If the minimum wage is the same amount with everything else becoming more and more expensive, soon most of the country would be homeless.

In summary, these are just some ideas I have that could possibly lower or diminish the homeless numbers. Thousands of people are homeless or has become homeless every day and it’s important that you take charge and lower the homeless number. We can’t ignore the fact that the homeless suffer everyday without any resources and walk past them as if everything is okay. Because you need to help make their lives better and get some people involved working on that. If abling to succeed in the fixation of this issue, then maybe one day, America will be promoted in a way there will not be any more homeless.

Poverty homelessness
Published on Oct 9, 2016
Report a problem... When should you flag content? If the user is making personal attacks, using profanity or harassing someone, please flag this content as inappropriate. We encourage different opinions, respectfully presented, as an exercise in free speech.
Bernal Intermediate

College tuition prices are getting to be out of hand and unaffordable.

There are 43 million people living in poverty in our country. This is a serious problem. If the United States is suppose to be one of the greatest ...

Minimum wage/ taxes and its effects on poverty

Thinning out Homelessness in America

Homelessness is a big problem that not many talk about. It causes spread of diseases and mental problems in the homeless people's minds. The workin...

Possible solutions to solving the mass amounts of homeless through America.