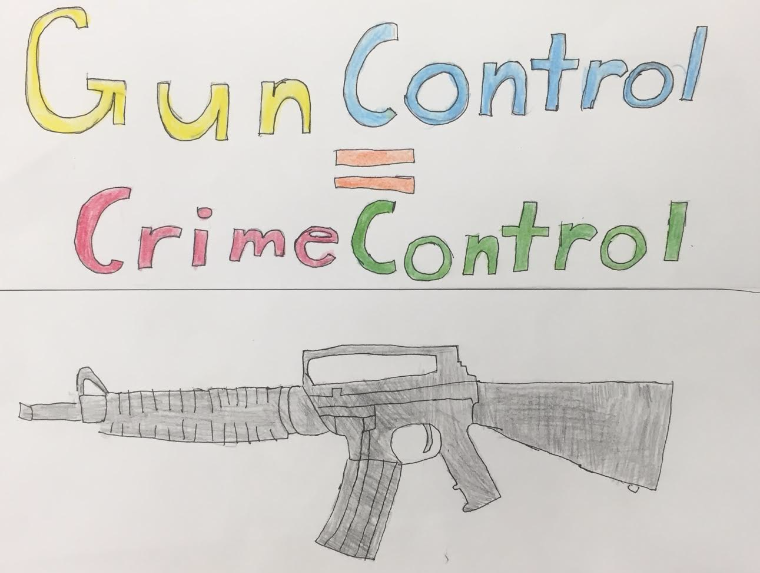 I’m writing to you concerning the issue of gun control in the US. Gun control is a problem because no background checks are taken in public and private gun show sales, and assault rifles and high capacity magazines are available for sale. According to Pew Research survey, of 83% of all adults and 79% of all gun owners in the US who were polled, the majority (74%) agreed that background checks should be done in private and gun show sales. 56% of all adults agree to ban assault rifles, and 53% approve of high capacity magazine bans. I urge you to reduce murders and mass murders by making it a requirement to undergo a background check before buying a gun in a private or public gun show, ban high capacity rounds, and eliminate assault rifles.

The final thing that should be changed, that I find to be the most important, is background checks in private and public gun show sales. This means that anyone (possible terrorists, the mentally ill, people on the crime watch list, etc.) can get away with buying a gun and deliberately harming people. For example, according to a news article called Hake murder trial: Day 2 – ‘Nobody in their right mind shoots their wife’, a 50 year old man who claims to be mental and has 6 counts of first-degree murder managed to buy a gun without receiving a background and check fatally shot his wife. I encourage you to reduce murders and mass murders by making it a requirement to undergo a background check before buying a gun in a private or public gun show.

In conclusion, these changes won’t be major, but every step to reduce gun violence in the US will still save lives. There is no reason not to have background checks in all types of gun show sales.Please consider this and make a change to save innocent lives in our great country. This is all I ask and I thank you for listening to my concerns.

2nd amendment safety gun issues
Published on Oct 10, 2016
Report a problem... When should you flag content? If the user is making personal attacks, using profanity or harassing someone, please flag this content as inappropriate. We encourage different opinions, respectfully presented, as an exercise in free speech.
Bernal Intermediate

The gap should be closed.

Find out why animal testing is horrendous and how it harms you and you bank account.

College students in debt due to tuition

Over 44 million people are in debt due to high prices in college tuition.

There is a lot of gun violence in the country. With more gun control the violence rate would decrease.

The U.S.A. has the most gun related crimes out of any other developed countries in the world combined. It has very light gun laws and regulations. ...

This is a letter about gun violence in America and how dangerous people can be if guns are in the wrong hands.