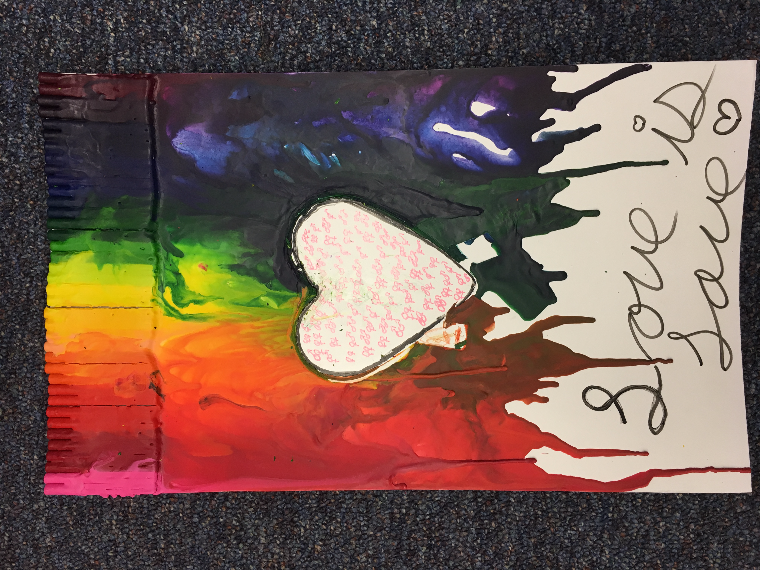 I'm writing to address the issue of LGBT rights. Members of the LGBT community need to feel safe going outside and shouldn't have to worry about getting bullied or put down. LGBT people are accused of being a threat, leading them to self harm and suicide. I encourage you to mandate that more ads, movies, and teaching programs include LGBT people. When viewers and students see more LGBT people in everyday life, they will find it more natural. If LGBT people are highlighted in teaching methods, people will learn that their sexual orientation does not pose as a threat. Also, some people will feel more comfortable coming out when they have people to relate to, and when everyone is aware of differing sexualities.

Discrimination towards LGBT people is an issue, many are getting treated poorly because of their sexuality. People have gotten kicked out of places, abused, tortured, bullied, ect, just because they are different. Many people are assume that just because you have a different sexual orientation that you want to cause trouble. The real problem is the people who are playing the victim card, when they are the ones bullying. People are not coming out of the closet because they are afraid of people who will hurt them. The statistics of gay bullying is very concerning.According to recent bullying statistics, “gay and lesbian teens are two to three times as more likely to commit teen suicide than other youths." "In fact, about 9 out of 10 LGBT teens have reported being bullied at school within the past year because of their sexual orientation, according to the most recent gay bullying statistics. Out of those numbers, almost half have reported being physically harassed followed by another quarter who reported actually being physically assaulted. " This is insane, people are getting injured for something that they proudly shared because they believed that people would accept them for who they are.

People state arguments against LGBT rights such as it is not what God intended, or it isn't natural. People say if there are more gay references in life then it might influence their kids to be gay, well what is wrong with that? You're either born gay or not, but no one is making your kid do anything. People say that it is supposed to be Adam and Eve not Adam and Steve, well with that opinion they can Adam and leave. Don’t argue that being gay is unnatural because it happens in nature all the time, "Firstly, if we mean “does not occur in the animal kingdom”, then that is patently false. For example, Bruce Bagemihl ...documents homosexuality in 1,500 species – from apes to worms. But this tells us nothing morally relevant!" (Getting Over The Gays: The Ongoing Defence Of LGBT Rights). People say it is unnatural, but not according to nature. By that logic, we should be eating our babies because that happens in nature? Of course not because we are our own species and we live by different rights. Dont argue about people's happiness, just accept them for them.

Why are people fighting against trans people using the bathroom they want? If they identify as another gender, don't make them feel like they are vicious. People believe that anyone who is trans and wants to use the bathroom they identify as, are the people who are going to harm them. Trans people don't want to harm anyone or anything so don't treat them like animals. The article Scared Of Trans People In Bathrooms? Here’s One HUGE Thing You’re Forgetting, states "70 percent “reported experiencing being denied access to restrooms, being harassed while using restrooms and even experiencing some forms of physical assault.” "Aside from the fact that being trans has nothing to do with being a predator, we don’t need laws outlawing trans people from using public restrooms to protect us from molestation, rape, kidnapping, murder and chose-your-own-violent-action-nouns because — are you ready for this? — all of those things are already illegal!" People think they dress up like a different gender everyday just so they can rape or kill someone. It doesn't work like that. Would you rather have a person go to the bathroom that they identify as ( or how they look ) or have them go to the bathroom that they were born to. Imagine someone dressed like a guy because they identify as one, but they have to go to the girls room and likely scare some little girl who feels uncomfortable.

In conclusion, people should not be discriminated because their sexual orientation is different. Everyone needs to have the freedom we fight for and be able to do what they want to express themselves. Don't hurt or harm anyone because they feel different inside. People should not worry about gays in love with someone of the same sex. Do you really think you should fall in love with someone's genitals over their soul?

lgbtq rights equality
Published on Oct 11, 2016
Report a problem... When should you flag content? If the user is making personal attacks, using profanity or harassing someone, please flag this content as inappropriate. We encourage different opinions, respectfully presented, as an exercise in free speech.
Bernal Intermediate

Animals that have done nothing wrong are being abused. We need to stop all kinds of animal cruelty.