Racial Inequality to people of color is a problem in the U.S and it needs to be stopped . "Americans are also now more likely to perceive that blacks are treated unfairly in various situations, including dealing with the police, but also at work, when shopping and when visiting restaurants and other establishments," This evidence shows that blacks are being treated unfairly . “Blacks were treated less fairly in dealings with police, such as traffic incidents, compared to 37 percent in 2007.”According to this, black people often don’t get their way,even when they should

We need to figure out solutions to solve this issue. One thing that we can do is make a law saying that everybody will be treated equally no matter what race they are” Also, maybe you, the future president can monitor the policemen and make sure they aren’t treating anybody unfairly because of their skin color or race. We could also monitor stores and jobs and make sure they aren’t treating people poorly We need to be treated with kindness and love no matter what race they are.

We all say we are going to do something for this issue but we don’t. It’s time to take a stand now! People should never be treated badly or unfairly. How do you think people feel when they are judged for their skin color? Please find solutions and hopefully you could take one of mine. It’s time to make a change and it’s time to do it now. 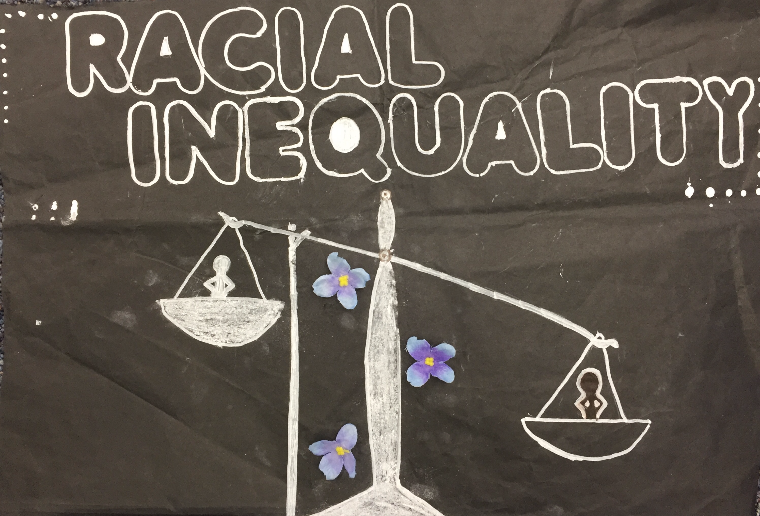 race black lives matter discrimination
Published on Oct 9, 2016
Report a problem... When should you flag content? If the user is making personal attacks, using profanity or harassing someone, please flag this content as inappropriate. We encourage different opinions, respectfully presented, as an exercise in free speech.
Bernal Intermediate

Immigrants come to the USA not to stir up trouble, but to escape from poverty and start a new life. So why are we not helping them?

Marijuana Should Be Legal

Marijuana should be legal because people need it for medical reasons.

Cure For a Malicious Endemic

With small changes i believe you can end discrimination.