Police brutality refers to the authorities having too much power over the people and the punishment is unnecessary. There are many who are brutally attacked by the police even when they're not doing anything. Although some people may say that police are saving lives, in actuality other policemen are starting to kill African Americans even if the crime was minor.

Finally, without any solutions the problems will eventually grow at an exponential rate. Evidence that police brutality is a huge issue in America is stated in the text of, "Police Brutality and Race" where it says, "Several police shootings of African Americans were caught on cell phones videos" (Gale Student Resources in Context, Gale, 2016). Another example of Police Brutality would be the case of Tamir Rice who was a twelve year old boy who got shot for playing with a toy gun and in the end the policemen were not charged for anything. This shows that no matter how old the person is, cops will shoot them on sight if they are an African American citizen. If these brutal actions continue throughout society then racism would increase and more shootings would appear.

In Conclusion, these pieces of evidence and stories just prove how cruel policemen are nowadays. Whether the person is five years old or even ten years old, cops will shoot if  they are African American. How could humanity live in a world that has cops shooting at innocent citizens that are having fun and aren't doing anything wrong. 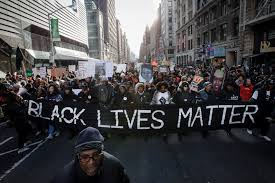 police brutality
Published on Nov 8, 2016
Report a problem... When should you flag content? If the user is making personal attacks, using profanity or harassing someone, please flag this content as inappropriate. We encourage different opinions, respectfully presented, as an exercise in free speech.
La Quinta High School

One of my biggest fears is guns and I think that it's also a common fear in society these days.

Over the years I have noticed that areas where people don't have a lot of money are pushed to the side and not taken care of and the areas that are...

The Most Important Years of Our Lives

Not all immigrants are bad. People need to start learning that. They come here to make money for their family and they are trying to keep their fa...