I am a resident of Miami, Florida and I write to you as one of the many voices of young women that will soon be going into the work force knowing that we still don’t get equal pay as men.

With a women candidate for president in the elections of 2016 we have yet again proven our worth and determination. In Mr. Trump’s case this is a reminder that we are a force to be reckoned with and as for Mrs. Clinton, a woman already on the path to making history; she will hopefully have this issue as a priority if chosen as the next president.

Us woman shouldn’t be getting payed 20% less than men for the same amount of work they do. This is more than just unfair but disrespectful; specially to my generation of young women looking for a decent wage to make a living. The problem is in the mindset that gender differences are biologically determined when they are actually socially constructed.

This is, future president, my request of your term in the presidency, that the 21st century knows the pleasure of having its women finally at the same level as the men. That society can have a chance at acceptance and equality, it all starts with you. 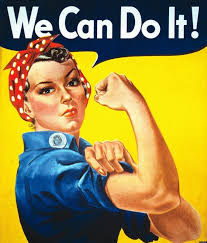 women's rights feminism equality women empowerment
Published on Oct 24, 2016
Report a problem... When should you flag content? If the user is making personal attacks, using profanity or harassing someone, please flag this content as inappropriate. We encourage different opinions, respectfully presented, as an exercise in free speech.
Mourning Senior High School

Honors Gov. Letters to the next president

Basically, police brutality is a common thing that is being protested. Officers get away with murder, and its not ok. Citizens, especially Blacks a...

A major problem that is occurring in the United States, yet no one has been able to figure out a solution.

Where are the shelters for the homeless in Sunny Isles Beach?

17 Year old student exposes the issue of homelessness and no buildings being made to shelter them; only buildings of luxury for the wealthy.

This is common sense.