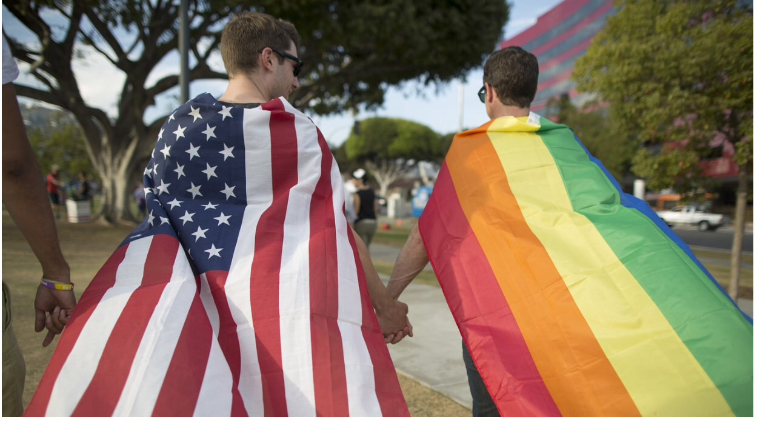 There has been a lot of discrimination against this community and it isn't like they are any different than anyone else. There are so many problems from school and leading to jobs. In school it's hard for some people to say anything about their sexuality because they might be scared of people judging them or even being bullied. Even at home kids are scared, luckily some kids parents are very open and we are very thankful for that, but some parents are not. I'm not going to state who, but I do know someone who's parents are not open. Their parents tell them they are wrong and disgusting for being "different". How are they different or disgusting? They aren't ,that's their decision. Shouldn't almost everyone be open. If children were just raised knowing that liking the same genders or even changing their gender is okay.

Even adults are being treated unfairly especially in their jobs. A survey in 2013 showed that 21 percent of gay or transgender were being treated differently from everyone else in their jobs. Another survey found that nearly 50 percent of black lgbtq people have experienced discrimination throughout their work. 90 percent of transgenders stated that they have been harassed or mistreated while working and 47 percent of transgenders weren't even hired or were just fired because of their gender identity. If our community can't even except the lqbt community for a job then how are they making money. Oh, wait, they aren't. A high percent of them don't have jobs and are in poverty because of their sexuality or gender identity.  Violence is a huge problem throughout the community. Here's an example, did you know that 50 percent of colored transgender women were murdered during January and February of 2013. Even students are being bullied and beat up in school for their gender identity and sexuality.

According the Fenway Institute, LGBT people are more likely than straight people to report unmet health needs and have difficulty accessing care and obtaining insurance, which leads to higher rates of disease, chronic illness, drug use, mental illness and obesity among the population. Doctors are refusing healthcare or taking less time to help out people in this community. It's not all adults who aren't getting healthcare, it can be children as well. Kids need help sometimes because if they aren't getting proper care then they might end up with a serious health problem.

In conclusion, I believe that students and adults should stop being discriminated against. This violence and employment discrimination is not right. Everyone should have their natural rights and never be treated differently because of their sexuality or gender identity. Adults and children aren't getting any respect because of this, without respect how are they going to feel about themselves. Most likely insecure and won't ever love themselves if they are being treated this way. Now if someone's going to "make America great again", I would suggest to worry about the people's feelings and not just your beliefs.

lgbtq rights
Published on Nov 4, 2016
Report a problem... When should you flag content? If the user is making personal attacks, using profanity or harassing someone, please flag this content as inappropriate. We encourage different opinions, respectfully presented, as an exercise in free speech.
Nipmuc High School

College costs too much. People can't afford to go to college and get the important education that you get from college.

Every time I hear about a test or quiz, I find myself memorizing things I don't understand, and forgetting the second I finish my test. This is not...

Our Most Powerful Weapons

Why High School Should Start Later

There are many advantages to having school start later for high school students.

Getting ready for the real world

Dear future president, Good-evening President Good job at becoming president and thanks for your getting that far and reaching the job, you partici...

Why students should receive less homework on a daily basis

What Can be Done About Gun Violence

We need to spread acceptance and education of the LGBT+ community because years of discrimination have pushed these vital deeds down on our priorit...