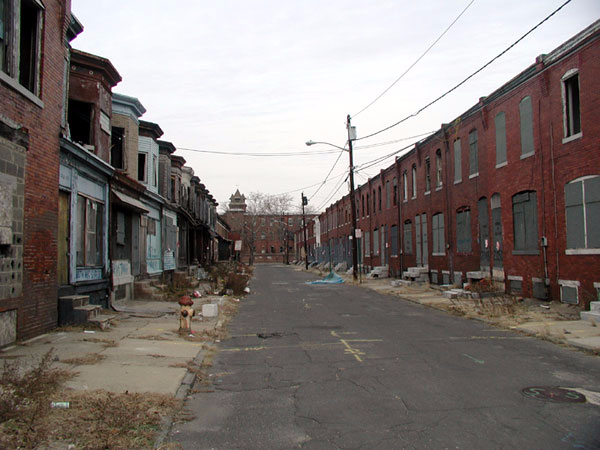 More than 46.7 million people are facing poverty, one of the many issues in America. With so many individuals facing this problem it creates concerning issues involving the youth’s likelihood of not being able to go to college. Poverty is a major complicating issue in the U.S. and if we don't figure out a solution it might lead to more problems in the future.

Poverty could happen to anyone for a variety of reasons such as losing a job, being paid at minimum wage, or an increase in rent and so on. Poverty doesn’t happen overnight, it gradually happens and is increasing in the suburbs compared to the cities. The 1970’s through the 1980’s is when poverty began escalating in urban areas. In 1980 unfortunately, 70% were African, 20% were Latinos and only 10% were white stated Dario B in the article Poverty in America: Social changes and Global crisis.

Poverty is a problem in all states especially in Mississippi. For example, in University City, a shocking 91% of the population is living in poverty with most being college students . Also, in Mississippi there is more than 128,000 families living in poverty. According to Kayleigh Skinner, For a family of four the Federal poverty level is around $23,000 in income. Even families that are over the poverty line still struggle to pay for their children's most basic needs like clothing, food etc.

It’s not only the parents who are impacted but also the children. In some cases they might have to sleep in a car, wear tattered clothes, or are malnourished from a lack of healthy foods. This is the case for many children in America. According to Jason M. Breslow in the article, “By the Numbers: Childhood Poverty in the U.S.” , “More than 16 million children, or roughly one in five, were living in poverty in 2011”. This matters because one in five children are in poverty and that adds up quickly. So, we need to find a way to get those numbers down before they grow bigger and if they don't go down it could affect children’s education in the future

Education is a big factor for children in poverty stricken homes as many teens are dropping out of high school to make money, which leads to them not going to college because they aren't able afford it. When a student is contemplating on dropping out of school, I think their teachers should help to get them on the right course to graduate high school and college so they have a well paying job in the future. In the article, “Education Important For Escaping Poverty,” the Life Science Staff points out, “For African Americans, average annual income increases $6,700 for each gain in education, from high school graduation through college”. This is important because, African Americans are increasing their income by $6,700 for every growth they make in their education, and they are also less likely to be in poverty. This means that African Americans have a lesser of a chance to be in poverty moving forward.

Although poverty is a major issue to some we also need to look at other’s opinions on this topic. One of the common ones that relates to children is “People shouldn't have babies if they can’t afford them.” but, things happen and they could have lost a job, had a medical issue, or be a single parent. Another one that some people think is “ My donation is too small to make a difference.” But, actually anything helps and the smallest donations make a difference. For instance, 2 dollars can provide micro-nutrient meals for 7 children for a year and 5 dollars can protect 6 children from schistosomes for a year explains Peter Singer at The life you can save.org.There is also other donations we can make for other causes. Also, some people think “People should solve their own issues.” Even though people are in poverty it does not mean that they're not working hard or working extra hours to provide for their family. With all this in mind there are ways we can solve this issue.

There are ways we can solve poverty without the government paying for everything. I think to solve the issue it needs to start at the schools and at a young age. What I mean by this is, if schools have adults that are college graduates or adults that grew up in poverty but graduated both high school and college come in to talk to the students about the importance of learning. Also, how it can affect their lives in the future along with getting them on the right track to graduate high school and college early on so they create good habits and goals for the future. Lastly, at schools there would be a second counselor who helps students stay on track and to go over their goals with. I hope this idea is considered to help solve poverty and if so I hope it changes people's lives.

Poverty is a major issue and It can really turn someone's life upside down. Sometimes it doesn't matter how someone got where they are as it relates to poverty, it’s about giving back to our country and community, through donations, your time or anything else that can help someone's life. Anyone could be in this situation and anyone can better the situation. So future President, be the person who makes a change to better the situation.

Poverty child poverty
Published on Nov 2, 2016
Report a problem... When should you flag content? If the user is making personal attacks, using profanity or harassing someone, please flag this content as inappropriate. We encourage different opinions, respectfully presented, as an exercise in free speech.
East Junior High

College Costs and Security in the U.S.

This letter is about poverty and what the new president can do to reduce the number of people in poverty.