Congratulations on your win for the elections, I would like to bring up a very important issue in our country. I have watched the presidential debates, and I know we can all agree with one thing:  We need to change the regulations of abortion. According to the Worldometers, abortion kills 40-50 million babies a year that's about 125,000 babies a day. Abortion has killed more people than all of the wars combined. I’m here not speaking only for myself; I’m speaking for 44% of the U.S; I’m speaking for my church, and most of all I'm speaking for 6 nations that have already banned abortion.

43 years ago Roe vs Wade legalized abortion for all America.  Since then, over 50 million American babies have died.  43 years ago people struggled to take care of a baby. Now almost no one is unemployed, yet abortion is still legal. Women say they have power over their body; the babies have power over theirs too, then. The only legal way to die in the U.S is if you have committed a crime. What have the babies done to deserve to die? Aren’t they innocent until proven guilty? If killing a pregnant women is considered a double murder, then why does our government allow murder?

Martin Luther King, Jr. stated, “ How can the “dream” survive if we murder the children? Every aborted baby is like a slave in the womb of his or mother. The mother decides its fate”. Then I ask you, president, is slavery still illegal in this country?  Some people may say, what if it's a miscarriage or maybe incest? Well, I tell you, babies are living things; they aren't something you can just kill. If we kill our babies will there another generation? We might as well be spiders who kill their babies once they're born. Will we be un-human? Or will be we cause our own extinction?

Mr. or Mrs. President you have to do something. Abortion needs more regulations and must stop being easily done. Amendment 13 banned all slavery in the U.S. 18 U.S code 1111 bans murder of any kind. Abortion is breaking our own Constitution and what makes up the government.  Mr, or Mrs. President, the change starts with you. 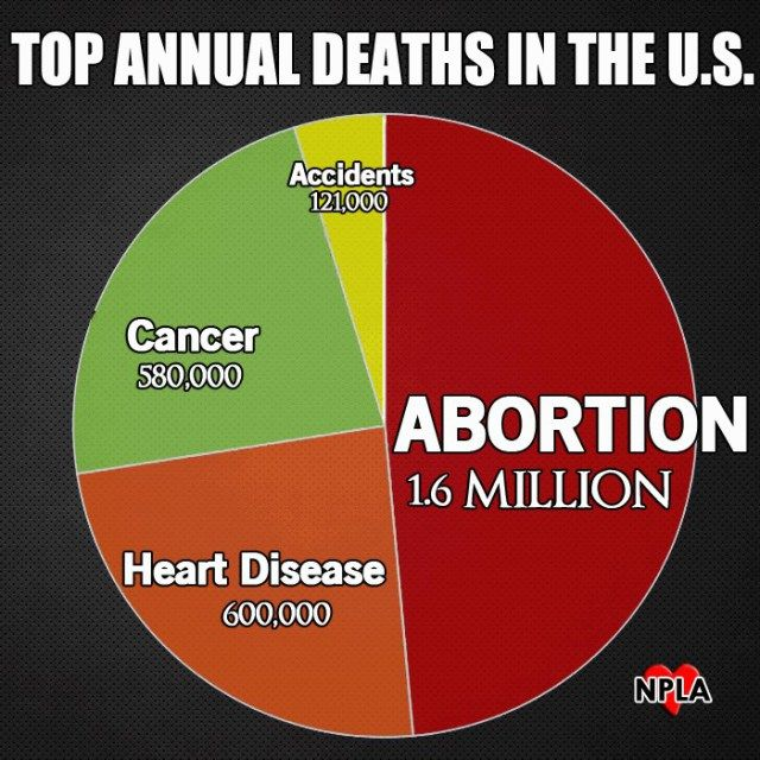 abortion
Published on Oct 28, 2016
Report a problem... When should you flag content? If the user is making personal attacks, using profanity or harassing someone, please flag this content as inappropriate. We encourage different opinions, respectfully presented, as an exercise in free speech.
Creekland Middle School

Increasing tension and hostility has affected society and its progress to peace.

The problem with people not going to college.

How school lunch can be more appealing to teenagers

Food waste is a serious issue....The extra produce costs school districts $5.4 million a day, but nearly $3.8 million of that is tossed in the tras...

The Loss of a Right

The right for us to own our own guns played a major role in establishing the United States, and we cannot let the loss of this crucial freedom be t...

Innocent people are losing their lives every day because of guns.

Gender equality is still a major problem in the United States and around the world. Women and girls are still fighting for equal rights and the ch...

Abortion should be banned only up to a point.

The United States of America has legalized abortion and the consequences are horribe for our nation.

The restrictions on abortions are unreasonable and women should be able to do what they want with their bodies.

Everything is not black & White

Abortion should be banned in the US because it is an act of murder, it is harmful to the mother, and it compounds tragedy.