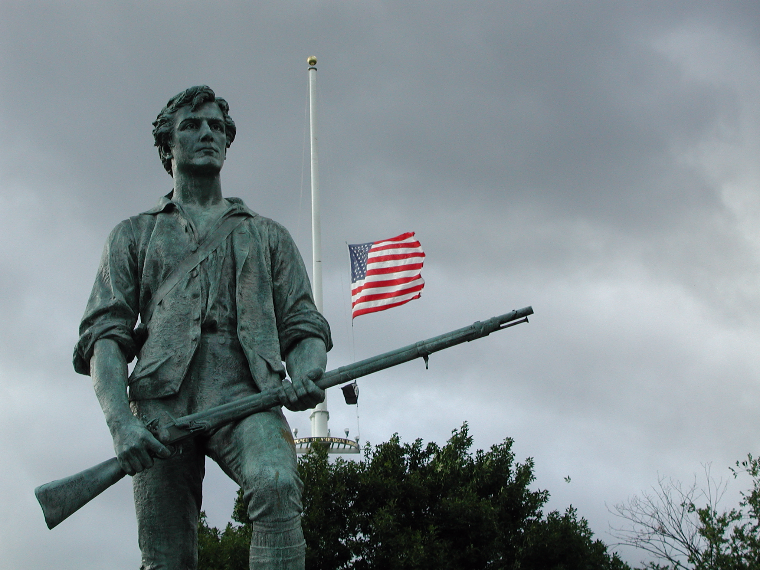 Almost everyone knows the famous text of the First Amendment, it plays a key role in this country’s foundation. What would be important enough that the Founding Fathers put it second only to the rights of free religion, speech and press, and the ability to gather peacefully and protest? The right to own and bear arms. When you look back at American history, it’s clear how important guns are to this country. From the frontier days to World War Two, guns have played a key role in the protection and security of our nation. However, in recent years the second amendment has come into question and new gun control laws have come. Firearms have become a topic of controversy lately, however I believe that our second amendment should always be protected.

The battle between private firearm ownership and laws regulating thereof have been around for longer than some people would believe. According to Robert Longely in “ U.S. Gun Control Timeline”, “Some say it started shortly after November 22, 1963 when evidence in the assassination of President John F. Kennedy increased public awareness to the relative lack of control over the sale and possession of firearms in America... However, America's history of federal and state laws regulating private ownership of firearms goes back much farther. In fact, all the way back to 1791.” The debate on how firearms should be controlled and regulated has been around for a long time by now. It is something that has spanned generations and has been around since the forming of our country.

One of the key instincts of a human being is the thought to survive. To protect themselves. In centuries past, people would carry around blades such as swords and knives to protect their family and himself as well. Now the most effective weapon is a gun. According to the article on rense.com, “University Study Confirms Private Firearms Stop Crime 2.5 Million Times Each Year”, civilians use their private firearms 2.5 times every year to protect them from outside threats such as burglars. These are cases where people have used them to keep them alive. To fulfill their basic instinct. People turn to guns to protect the ones they love against others who wish to do harm.

Another front of owning a gun is for sport. Many people use their guns for hunting game such as elk and ducks. According to statisticbrain.com, 12.5 million people over the age of 16 hunt every year. One of the people who I know enjoys it is my grandfather. He has told me countless times how he loves to go out and hunt pheasants and some of the crazy stories that come with it. Hunting is a hobby that’s been around for ages that people still enjoy doing.

Some would say that gun control laws could save lives and stop criminals from breaking the law. But in fact, it’s the opposite. According to Procon.org, Forty-nine shooters out of all of the 62 mass shootings in the US from 1982 to 2012 used legally obtained firearms. The rest did not. The issue with gun control laws is that they restrict lawful citizens from guns while criminals will just go around them.

Firearms play a key role in our society, from a hobby to a method of self-defense. The Founding Fathers understood the importance of guns and that’s why it's the Second Amendment. History and current events have proven their importance. That amendment protects our right to own firearms. Firearms protect us. So, will you protect it?

gun issues
Published on Nov 2, 2016
Report a problem... When should you flag content? If the user is making personal attacks, using profanity or harassing someone, please flag this content as inappropriate. We encourage different opinions, respectfully presented, as an exercise in free speech.
East Junior High

In my letter, I talk about the need for new gun control laws, and how the problem needs to be fixed.