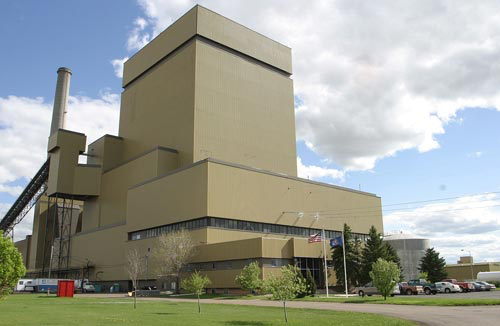 I am writing you to address the importance of pipelines and coal mines in the great state of North Dakota.

In our state, coal is a staple of our economy, along with pipelines becoming a safe transport of oil. People, whether in our state or outside, fail to see that we need coal and we need pipelines. People are failing to realize how dependant we, and they, are on coal. They also see unrealistic flaws with pipelines that are just simply unlikely. We need to keep these key elements in our state and in our country.

Coal, I will readily admit, is not the cleanest source of energy, but it is almost all we have. The coal mines, gasification plant, and coal powered plants are what keep us alive. Recent regulations are requiring plants to scrub emissions to unnecessary, unreachable levels, just to shut them down. Sadly these regulations are doing their job, as the Stanton Station power plant very close to my home has been set to close in May 2017 due to these regulations making profit impossible. This plant, and many others, are the heart of N.D., and we will soon lose a piece of it.

Another, newer, part of our lives as North Dakotans is crude oil pipelines; specifically the Keystone and Dakota Access Pipelines. The Keystone pipeline was successfully constructed up to phase IV, which was rejected by President Obama according to cnn.com, denying a safer transport of Bakken crude. The Dakota Access Pipeline is under construction as of this letter, but it is in danger of delay or even being shut down because of environmental groups and native Indians. The Native American groups protesting have become slowly more violent, stretching the limit of “peaceful” protest. They have also brought in outsiders, people who have no business here. These people have come with motives much more sinister than simply protesting the pipeline, putting the safety of workers and officers into question. Recently four security guards and two guard dogs were injured according to nbcnews.com. I can respect the Native Americans concerns, and it's their right to protest peacefully. But in the end, we need this pipeline and all other future pipelines. They make transit of oil much safer and more efficient compared to train cars and semi trucks.

In the end, North Dakota is a state fueled by natural resources. These resources, as limited as they are, keep us alive. We all understand that they are dirty and will run out. But, you cannot just pull the rug out from under us and make us drop our ways. We must gradually make change so people have a chance to adapt. But in the meantime, we will rely on our coals and our oils that have served us so well.

coal oil job market
Published on Nov 2, 2016
Report a problem... When should you flag content? If the user is making personal attacks, using profanity or harassing someone, please flag this content as inappropriate. We encourage different opinions, respectfully presented, as an exercise in free speech.
Beulah Miners

My letter is about making this country better and reuniting it.

In America abortion is a huge problem.

College Costs and Security in the U.S.

A Problem With Our Immigrants

Not every immigrant in the U.S. is here to cause harm.

Terrorism is a major problem in the US.

The True Effects of Gun Control

This letter to the future president is about the effects gun control can have on a nation. It summarizes how guns/firearms have affected the U.S. a...

Alexis Davis, a member of the Turtle Mountain Chippewa in North Dakota, calls upon the next president to help preserve her tribe's culture and land...

Illegal immigration is a threat to our national security and the safety of our country’s citizens.

We don't need an immediate switch-over to renewable resources. Just let it happen on its own.

The reasons why so man American's are loosing their jobs, and not being able to find another one.

The issue of immigration

Immigration is good and bad on many different levels. This are some of the good features of immigration.