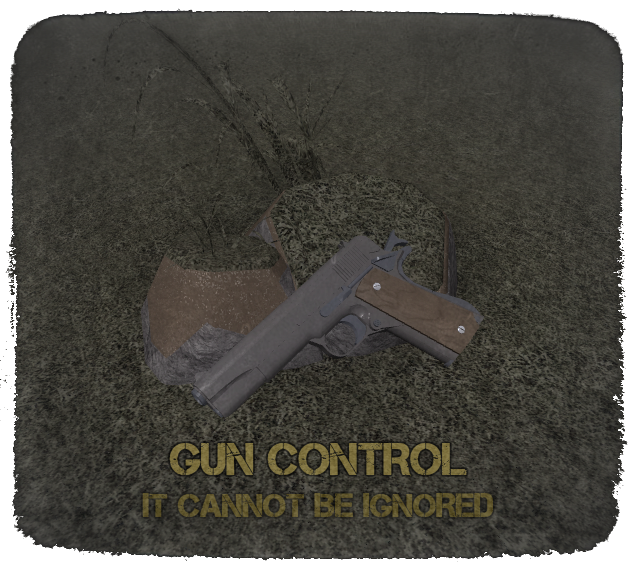 Even though I am currently just a high school student in California, I feel that gun control is a big issue in today’s society. I believe that it is a pretty big priority to increase gun control so that dangerous people, like those involved in the Columbine school shooting, cannot get their hands on firearms again. Some ideas I have are to have better background checks when someone purchase a firearm or make it so that everyone who buys a firearm must go through some sort of educational training.

At this moment, more Americans are being killed by guns than almost every war the United States has been involved in. Furthermore, a report by CDC in 2012 shows that there has been 11,078 gun-related deaths in the United States [link]. What is even more alarming is that the United States is ranked 4th compared to other 34 countries in homicides caused by a firearm. These facts coupled with all the recent mass shootings at schools and other public places makes gun control a huge issue.

Now, a lot of people don’t agree with gun control in multitude of ways. From saying that it is going against the 2nd Amendment or that firearms are a way to defend themselves from assault by other people. Although these are valid points of argument, gun owners who are responsible with their guns and don’t misuse their weapons won’t really be affected too much by gun control. The main focus of gun control isn’t to take away guns from those that are responsible with them. It’s to reduce the availability of firearms to anyone who has an intent on using firearms to bring harm to others. Most of these people with these harmful intents are those with a criminal record or those with mental illnesses.

In conclusion, I feel that gun control is an issue that should be taken seriously by everyone and should be addressed as soon as humanly possible. There will most likely be negativity from gun activist groups, but the deaths that gun control can prevent in the future will be worth the trouble. You, as a president, must keep firearms away from people with intent on using them harmfully on innocent lives. Especially people who have a mental illness or a criminal record. This will make the nation safer and, perhaps, you too.

gun issues
Published on Nov 4, 2016
Report a problem... When should you flag content? If the user is making personal attacks, using profanity or harassing someone, please flag this content as inappropriate. We encourage different opinions, respectfully presented, as an exercise in free speech.
Santa Clara High School

This group is for seniors in Ms. Flowers' 5th period ERWC class.

The Struggle among the 99 percent

With college tuition being so high, the struggle to afford a college education is as big as ever

Earth is dying and it's time for the president to help save it.

Keep Theology Away From Biology

Every woman should have the constitutional right to make decisions about her own body.

A Needed Shift in Attitude Towards Racism

There doesn't need to be more laws to stop racism, but there needs to be a change in attitude towards racism.

When you buy a gun, are you worthy of owning it?

Are you labeled a threat for owning a gun?

Race relations are worse than ever in The United States.

Sexual Assault victims are getting the short end of the stick.

I believe that our gun control laws are too soft and that we need to be more strict with such deadly weapons, weapons capable of shattering a perso...

Taking Guns Will not work

In this article you will read why guns should not be taken away from the public.

Dear Mr. President I am sure that other people have brought this to your concern but there is not enough gun control in America. There is more ...