I am writing you today, because gun control needs to stop changing. Banning guns will not stop crime and is only disarming law abiding citizens. I am an American citizen and I believe more gun control is infringing upon citizens 2nd Amendment rights. Gun control only keeps criminals from buying guns legally; however, they will still find ways to illegally obtain guns. Gun control is also is keeping gun owners from defending themselves by taking their guns away.

Gun control does not keep guns out of the hands of criminals. Gun control was intended to try to keep guns away from criminals and stop crime. However, in many cases legal guns are not used in crimes. Statistics show out of 62 mass shootings in the United States between 1982 and 2012, 49 of the shooters used legally obtained guns. Out of all of the guns possessed by these criminals, 75% of the guns were obtained legally. John R. Lott, Jr., PhD, gun rights activist, stated, "The problem with such [gun control] laws is that they take away guns from law-abiding citizens, while would-be criminals ignore them.” This shows criminals often do not use legal guns or follow gun laws. Gun control is only hurting law abiding citizens. People who have done nothing wrong need to stop being punished instead of criminals.

Gun control only disarms law abiding citizens. Gun control is supposed to disarm criminals, but instead it keeps legal gun owners from defending themselves. “According to the National Rifle Association (NRA), guns are used for self-defense 2.5 million times a year. The police cannot protect everyone all of the time. 61% of men and 56% of women surveyed by Pew Research said that stricter gun laws would ‘make it more difficult for people to protect their homes and families.'” (procon.org)  This shows guns are an important tool used for self defence in America. Citizens armed with guns have also stopped mass shootings in the past. On October 1st, 1997 a student at Pearl High School in Mississippi brought his father's gun to school and opened fire. After killing 2 students and injuring 7 others, the gunman was stopped by the school's assistant principal armed with a handgun. This shows citizens armed with legal guns can help save lives in America. By taking guns from citizens that takes away their right to self defense. This is unfair to the gun owning citizens of America.

You could help resolve this issue by stopping any new proposed gun laws from being put in place. You can also help by informing the public about guns and statistics on how they help America. Some may say banning assault rifles and high capacity magazines will stop mass shootings and other gun violence. This is not true because banning guns commonly referred to as assault rifles and high capacity magazines would only affect law abiding citizens. It is proven that in 13 mass shootings from 1982 to 2012, the guns were obtained illegally, or through means where a background check is not required (ie. private purchase, etc.). Even if these guns are banned, criminals will still obtain firearms to commit crimes. Gun control is a very important topic because it is affecting law abiding citizens for no reason. Rather than stopping crime and protecting people like it was intended to do, it is disarming the public and keeping people from defending themselves.

Gun control does not affect crime rates. Criminals will still get guns. If more citizens were educated they would stop more gun control laws from being passed, and hurting people all across America. Thank you Mr. or Mrs. future president for taking time to listen to my views on gun control. 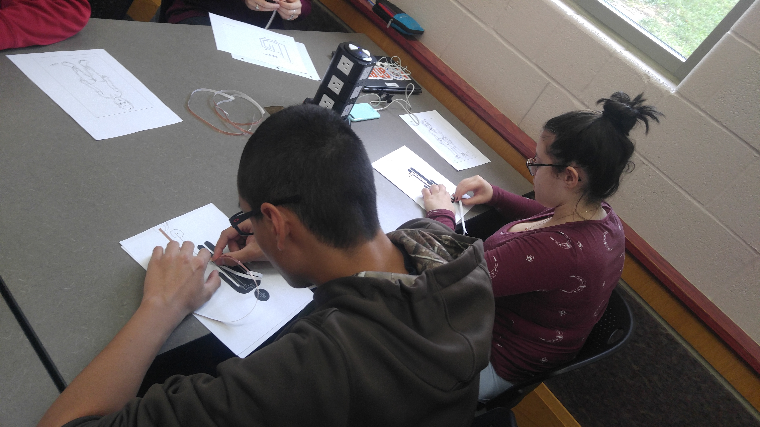 Police and the People.

Police and the communities they serve are gaining tension due to highly media shown cop shootings, and unjust punishments. Only time can tell how t...

Dear Future President, we live in the (not very united) United States of America.

I am a student at Northview High School in Grand Rapids MI my name is Reid V. and I believe in the right to own guns.