What is Islamophobia? Islamophobia is the concept of prejudice and discrimination against Muslims or Islam, usually connected to political views. I’m a thirteen-year-old American Muslim and I want to talk to you about the prevalent discrimination against those who practice Islam. As an American Muslim, I’m obviously scared of people being Islamophobic, and with good reason. Mosques are defaced, people were beaten because they fit the profile of Middle-Eastern, and, in extreme cases, killed. Harassment against Muslims has influenced people to not wear a hijab (headscarf). My religion, Islam means “peace” and is the second largest religion in the world. There are 3.3 million Muslims practicing Islam in America alone. Ever since 9/11, it’s been known as the religion of violence and terror. This is completely incorrect. Islam teaches us respect, kindness, and love. After 9/11 Muslims have been treated differently and been treated as a lower status than the other major religions. Muslim terrorists aren’t representing Muslim ideology, instead, they are conveying a version of their own “Islam”. Their version breaks all rules of Islam and all the 3.3 million Muslims in America are getting affected by it every day. In my opinion, ISIS and other terrorist groups are making it hard to accept Muslims living in America. This issue is important to me because I know many Muslims who are afraid to tell people that their Muslim because they think they might be treated differently or some don’t wear a hijab because they’re scared that they will get judged or discriminated because of it. The other Muslims who are not terrorists shouldn’t suffer such a bad reputation. Muslims should be able to live freely and wear what they want.

Many people discriminate by what Muslims wear. Unlike the other major religions Islam has a dress code. In 2012 the president of France banned the burqa or a niqab. A burqa/niqab is a long garment that covers one’s whole body except for their face and the niqab is the same thing except one could only see their eyes. The President of France said “The burqa is not a religious symbol. It's a sign of enslavement of debaseness. I want to say this solemnly. The burqa will not be welcomed on the territory of the French republic. We cannot accept in our country women imprisoned behind a mask, deprived of all social life of their identity.” I strongly disagree with this statement. Muslim women aren’t deprived of all social life. The burqa is not an “enslavement of debaseness”, it’s something that women choose to wear. It’s a way of proclaiming to the world that “I’m a Muslim woman and I’m proud of it.” Following that statement by the president of France, in a 2012 CNN debate, blogger Hebah Ahmed states “This is a free choice. This is something that I choose to wear. I disagree that it's some right-wing ideology. It is something that is permitted in Islam. I have a masters degree in mechanical engineering and I'm free to do whatever I want, and this is a choice that I want to make.” Just because someone doesn't accept a Muslim women’s interpretation of Islam, or personally doesn’t like, it doesn't mean that people can use laws to violate people's freedom of expression and freedom of religion. Muslim women have priorities and the hijab is one of them. The hijab doesn’t define the women, the women define themselves. Especially because of the negative portrayal in the media these days Muslims don’t have many opportunities to prove everyone that they’re aren’t terrorists. America has been dealing with terrorism since 9/11. Because of that, Muslims in America have a hard time fitting in without being doubted by what they wear or what they do. One wrong move and that’s it, people will always be suspicious of you, of what you do, and what you say. This is what Islamophobia does.

The media has led people to hate on Muslims and discriminate against them. This goes to show how the media has such a big impact on the whole world. In a minute thousands of people on the internet are choosing sides and debating about different topics. Media plays a significant role in people’s ideologies towards something, it makes people think about certain topics in a way they haven’t thought about before. Islamophobia might lead to other discrimination against other ethnic or religious minorities. Islamophobia is growing alongside the media. When a Muslim terrorist does something, suddenly every Muslim in America considered as a terrorist. When another religion does something bad, it’s only the individual’s problem, the whole population who practices that religion isn’t in jeopardy. Why is that the case? Why are all Muslims considered guilty? Is it because Islam is different from the other religions? Is it because we have different beliefs than other religions? In the near the future, I would like to see more people standing up to this kind of discrimination and prejudice. Social media is biased, and it makes it harder to practice Islam in America nowadays. Hopefully people will understand and Islamophobia will be minimized. For now, people need to raise awareness. American Muslims like me shouldn’t be affected by crimes we haven’t committed, hostages we haven’t captured, and people we haven't killed. We should be working together in trying to stop ISIS and other terrorist groups around the world. Islamophobia should not be preventing this. Religion doesn’t make the terrorists, rather terrorists use religion for their purpose. We saw it before for other religions, now we see it for Islam. 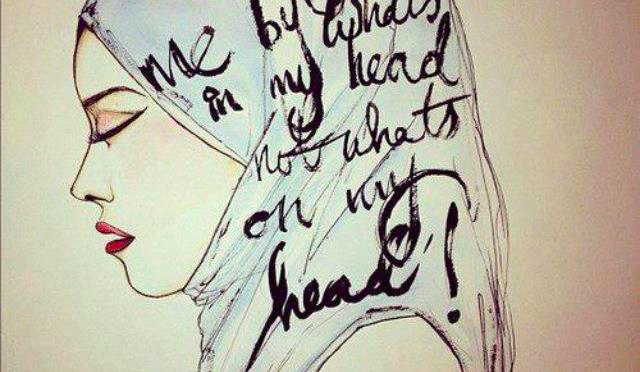 islamophobia isis islam hijab prejudice
Published on Nov 15, 2016
Report a problem... When should you flag content? If the user is making personal attacks, using profanity or harassing someone, please flag this content as inappropriate. We encourage different opinions, respectfully presented, as an exercise in free speech.
Baker ELA

​The United States has brought in over 10,000 Syrians, but there are still many more Syrian refugees who seek a place to stay. The U.S is a strong ...