Have you watched “Running Wild with Bear Grylls," featuring Bear himself and former president Barack Obama? If so, you can tell that Bear pointed out that a major portion of the glacier has melted due to increase in temperature globally. On the other hand, for some bizarre reasons, some Republican members the of Congress are denying the climate change fact.

By looking only at California alone, the state of California has been experiencing the worst drought in history. Starting in 2010, the state has been getting less and less rain fall year, by year. Over the winter break, my family and I made a trip to Yosemite National Park, and on our way there, we drove through the Red Hills Preservation Area. Along the side of the road there was a lake, and without any closer look at the lake, you can tell the original marks of the water height was higher than the current mark. This was really disturbing to me.

With the ever continuing droughts, Pepperdine University conducted research on the relationship between the drought in California, and climate change. The research stated that ever since the Industrial Revolution, humans have been destroying the Earth, though the effect wasn’t immediate. Research done by NASA proves the steady increase of carbon dioxide in the atmosphere over the past decade, which has been steadily killing the Earth. It also provided a graph indicating the amount of rainfall in inches that the state has been receiving in the past decade. Finally, the research concluded that the public should have a better understanding of the climate, even though the effect isn’t immediate.

In the end, in order to fight climate change, we first have to admit that climate change is not a hoax, but an ongoing event. By conducting such enormous research, and finding a solution, you, as the president of the United States, should correctly utilize the federal budget, instead of spending the majority of the budget on the military. I strongly suggest you utilize the money for this specific cause. I believe with your dedication, working with the citizens in this country along with the superpowers in this world, we for certain will slow down the progress of climate change and global warming. 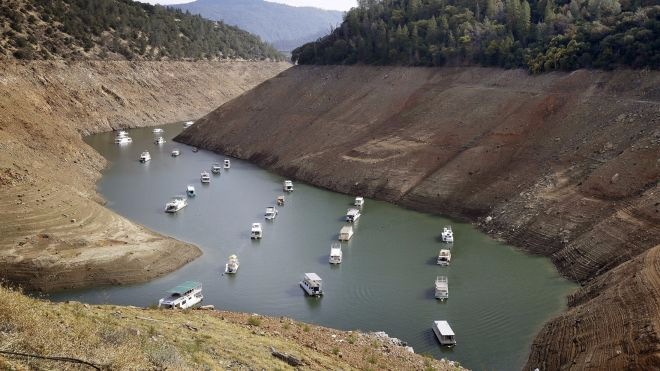 global warming climate change drought
Published on Nov 4, 2016
Report a problem... When should you flag content? If the user is making personal attacks, using profanity or harassing someone, please flag this content as inappropriate. We encourage different opinions, respectfully presented, as an exercise in free speech.
Santa Clara High School

This group is for seniors in Ms. Flowers 6th period ERWC class.

Racism has been an issue for a while and it needs some addressing as well as minor adjustments.

Fossil fuels are a huge problem in our community because they can add to our atmosphere.

Fossil fuels will be fossils in the future