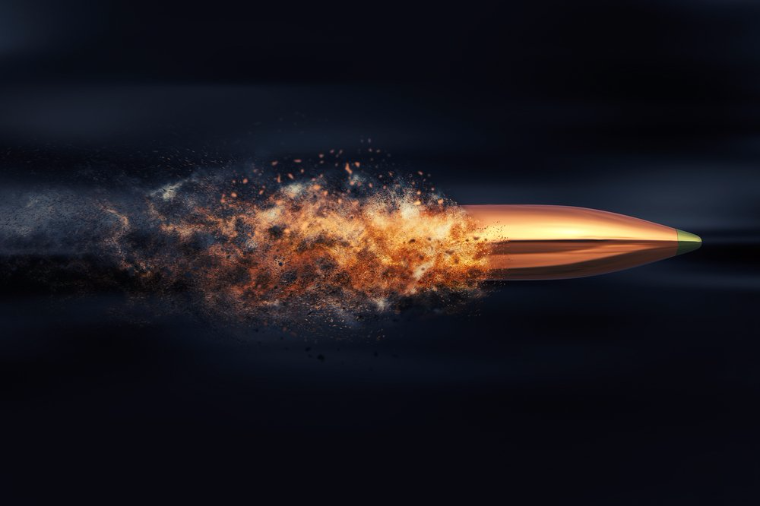 The Second Amendment states that people have the right to keep and bear arms without being infringed. Gun control laws infringe upon the right to self-defense and also deny people a sense of safety. The law enforcement can not protect every one all of the time, therefore if someone had their house broken into they should have the right to protect their family and themselves. If gun laws became more strict it would be harder for people to protect their family or themselves.

The gun control laws that try to ban ¨assault rifles" infringe upon the right to own guns for hunting and sport. Many Americans today, live off the land and depend on hunting and sports to make a living or to get food for their family. Most of everyone that owns a gun uses it for hunting game, and some even use guns for target or sport shooting events.

It is my constitutional right, we shall not have to have it taken away because of other people doing wrong with guns. I believe that if any law changes on guns it should not take away our guns, but it should require an in depth background check. Why not just take the guns away from the people who do wrong with them? It’s not fair to us, the people who use them to provide food for their families. Also, its safe for us to have them to protect ourselves, or our families. Approximately 270,000,000 civilians own a firearm in the United States of America (American Gun Facts). That is 88% of United States population

In my opinion the future president and congress need to rethink this with a clear mind, think about others who use them for good, and just think deeply about it. To some of us guns are an important part of our life, if the laws change or guns get taken from us, it will hurt a lot of people who depend on hunting to get food for their families. Guns don’t kill people. It is the person behind the gun pulling the trigger who kills people. We humans don’t say cars kill people in car accidents, or in incidents where alcohol has played a role in drunk driving accidents. We don’t say it’s the pen’s fault for putting the wrong answer on a test. We don’t blame the keys on a computer for misspelling words. So why are we blaming guns for murders, homicides, saying we need more gun control, and gun free zones? You see, it doesn’t make sense blaming all of these items.

2nd amendment
Published on Oct 23, 2016
Report a problem... When should you flag content? If the user is making personal attacks, using profanity or harassing someone, please flag this content as inappropriate. We encourage different opinions, respectfully presented, as an exercise in free speech.
Coon Rapids-Bayard

I think we should not allow refugees from the middle east for a brief period of time.

Marijuana legalization throughout the whole U.S.

Why Keep Church and State Separate?

Freedom of religion is no longer free in this country.

This letter is about why we should pay college athletes.

Homework is a big deal in this world today, especially what is happening to the kids. I think we should limit the amount of homework we get each da...

I believe illegal immigration is a serious problem.

People want gun control, some want gun rights. This is what I think. What do you think, and what can you do about it?

If America Doesn't Fall from a War, We Will Destroy it with Our Guns

I made this drawing to show how we as individuals are destroying the U.S, whether it be by homicide, suicide, or committing some other acts of viol...

I believe in the Second Amendment and believe that we should keep it.