Hello, my name is Annah, and I would like to let you know where I stand on abortion and what I believe you should do about it. This topic is important to me because I have strong moral and faith based convictions. Did you know that less than 1% of abortions are because of rape and incest? This is a main argument point of pro-choice people, but more people terminate their pregnancy because a baby would be an inconvenience to them at the time than because they were raped.

People who are pro-choice argue that it is the woman's body so it is her choice. The baby is it’s own human being. The baby has it’s own cells, own organs, and it’s very own unique DNA so it is in fact, not the woman's body. At the zygote stage the baby is beginning to form it’s spinal cord and nerves. This is at about 4 weeks. At about 7 weeks, the baby’s heartbeat starts. Many pro-choice people say that the baby doesn’t have life until it is born, but how can you consider a moving, breathing baby that has a heartbeat to not be living? Many late term abortions are done past 20 weeks, and at this point not only can the baby feel the pain because they have everything found in a fully developed human, but you are also ending the heartbeat of the baby. Most people who are pregnant will also know the gender by this time. At about 20 weeks, the baby reaches a point where it could survive outside of the womb with NICU care.

Abortion is and should be considered morally the same as murder, but unfortunately it is not. If a pregnant mother was to be murdered, then the person who killed her would be charged for two accounts of murder. One for the mother, and one for the baby. Yet, it is legal to have an abortion. The way that they perform an abortion is really very graphic, but it is an important factor. First, the mother is put under anesthetics. The surgeon then dilates her and starts by putting a grasping clamp up the vaginal canal and disembodying the baby, body part by body part. In order to get it’s head out they have to first crush it, then pull it out. After the baby's body parts are out of the mother they take a vacuum and suction the placenta out.

Abortion should be illegal. It is murder and the same penalties should apply. Some people may have trouble coming to terms with this. May I suggest that we better inform people about the topic. What happens during an abortion? Some people may not know how an abortion is performed. Let them know the science behind the development of the baby, when the heart starts beating, when the baby can feel things.

We need to give all babies the chance for their best life, no matter the circumstances. Life is precious and should be cherished. I hope that this letter better informed you on the topic and helped you make decisions when you are in the White House. 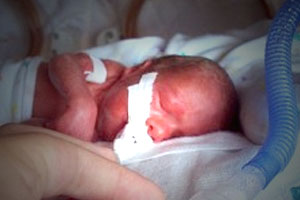 abortion
Published on Oct 20, 2016
Report a problem... When should you flag content? If the user is making personal attacks, using profanity or harassing someone, please flag this content as inappropriate. We encourage different opinions, respectfully presented, as an exercise in free speech.
Coon Rapids-Bayard

I think we should not allow refugees from the middle east for a brief period of time.

The problem with Illegal Immigrants

Dear president, Abortion is one of those things many people don't like talking about, but sadly it's a big issue. Abortions are a matter of ...

Why Abortion is Wrong

Read this to find many reasons why abortion is wrong and should be illegal.