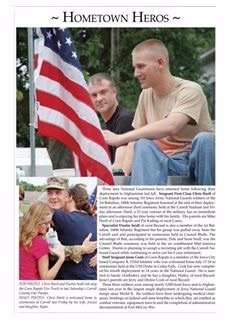 Opportunity, the U.S. military offers a lot of opportunities. They offer training and an advanced education in a wide variety of fields. Some of the branches of the U.S. military even offer to pay for you to go to college. Those who sign up for a four-year commitment may stay on a full career for 20 to 30 year.

Duty,Honor,Country, When someone joins the U.S. military comes honor, duty, pride, and country. In most cases it hurts to send a young adult into harm's way. When the young adult decision is made, that they want to live the life of a soldier in the U.S. military. With that decision comes duty to serve the country they grew up in, it also give the young adult honor to serve his or her’s country. Pride is another thing that comes with someone wanting to join. Pride from the families and schools that support their decision to serve.

military education united states of america
Published on Oct 26, 2016
Report a problem... When should you flag content? If the user is making personal attacks, using profanity or harassing someone, please flag this content as inappropriate. We encourage different opinions, respectfully presented, as an exercise in free speech.
Coon Rapids-Bayard

The social impact of the transgender movement.

Why college tuition should be free or lowered?

This is my letter on why college tuition should be free or lowered.

This letter will inform you about the loophole of birthright citizenship.

Adultery and rape needs to stop

United States Debt to Other Countries

We All Have The Right To Bear Arms

Shall we Americans have the right to bear arms?

The importance of affordable education for students of Louisiana